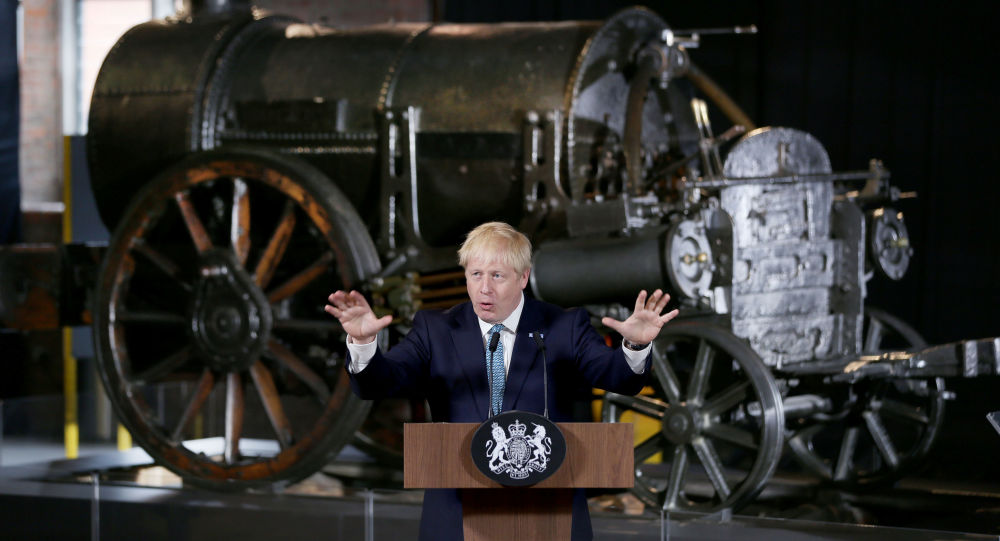 It was up to the UK's "friends across the channel", he said while reiterating Britain's preparations for a hard Brexit should London and Brussels fail to negotiate a deal before the 31 October deadline, stating that the "people want use to get on with Brexit".

UK prime minister Boris Johnson said on Tuesday evening that Britain was not aiming for a no-deal Brexit and didn't "think that is where it will end up".

"If they can't compromise, if they really can't do it, then clearly we have to get ready for a no-deal exit," PM Johnson said during his trip to Wales. "It is up to the EU, this is their call, it's their call if they want us to do this."

The more the UK prepares for a no deal-Brexit", "the less likely it is there there will be difficulties", he said, adding that it was up to the European Union to determine the fate of Brexit. "The ball is in your court," he said.

When asked about the plummeting British pound, which fell one to $1.2120 USD on Tuesday, The Prime Minister said that the UK government would not offer to comment.

He also slammed former UK prime minister Theresa May's withdrawal agreement with Brussels, stating that it "won't work", and that "under no circumstances" will the UK have checks on the Northern Irish border.

To be absolutely clear; the refusal by PM Boris Johnson to engage with European leaders and our Taoiseach without pre conditions on the issue of Brexit is unacceptable and is not within the realms of normal diplomatic or political behaviour.

The newly-appointed British PM reiterated his pledge to leaving the EU by 31 October, stating that the UK needed to "get on with it", adding that doing so would "end all the drift and dither for business".

Boris Johnson is visiting Wales as part of his tour of the UK's four countries, including Scotland, Northern Ireland and England, in order to calm fears over Brexit as well as the integrity of the British Union. Welsh farmers have voiced fears that withdrawing from the EU under no-deal terms would topple their economy and that millions of sheep may need to be slaughtered if tariffs are levied on exports to the EU. But the British PM assured that the leaving the EU's Common Agricultural Policy would pose an "historic opportunity to introduce new schemes to support farming" to help UK farmers export to new markets.

12/12 We’ll get over it. We’ll find other ways of reporting such visits. I don’t want special pleading. But change is change and I thought it ought to be made public.

Here’s the statement issued by @merrionstreet following my call with @Borisjohnson pic.twitter.com/2WyjtTNmVg

Mr Johnson's trip to Wales follows his visit to Edinburgh, where he was booed and jeered by locals while meeting Scottish first minister Nicola Sturgeon, who stated his plans to leave the EU on no-deal terms was "dangerous". Boris Johnson also plans to visit Northern Ireland to discuss the contentious Irish backstop and boosting Belfast's economy following a tense conversation with Irish PM Leo Varadkar on Tuesday afternoon over the backstop.