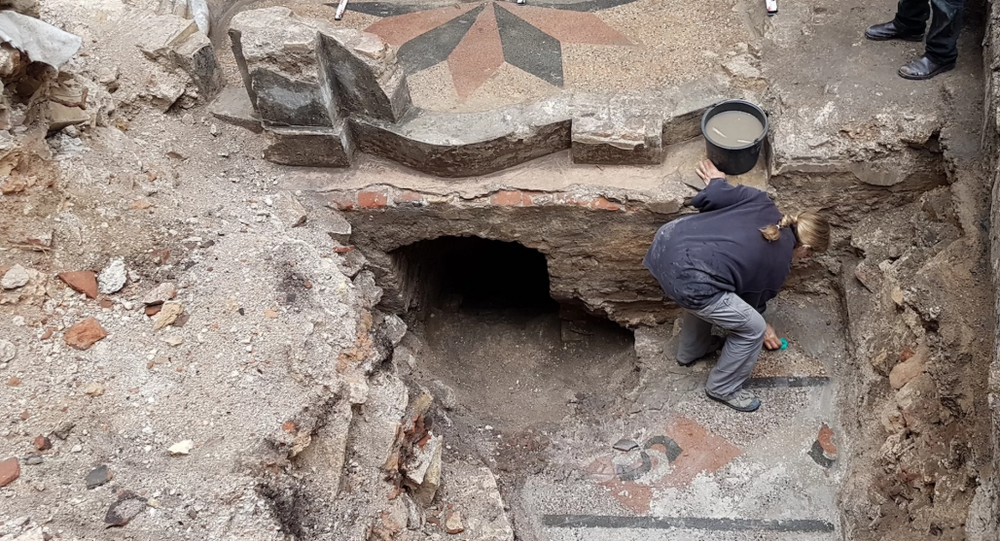 The Great Synagogue of Vilnius was one of the largest centres of Jewish culture, it was even called the “Northern Jerusalem,” emphasising its significance. Built in the 16th century, it was burned during the battles for Vilnius in 1944 and completely destroyed in 1957.

Buttons from uniforms worn by soldiers in Napoleon’s army have been found during the excavation of the Great Synagogue of Vilnius in Lithuania, according to the Fox News.

“Among the finds recovered during the excavation were a prayer book that survived the Holocaust, hundreds of coins from the 16th to 20th centuries and buttons of Napoleon's army, which passed through Vilnius on its way to defeat in Moscow in 1812,” said the Israel Antiquities Authority, in a statement.

Among the remains of the buried Synagogue, archaeologists discovered a priceless colourful floors, and a Hebrew inscription dated to 1796, that was part of a stone Torah reading table in.

Specialists from the Israel Antiquities Authority and Lithuanian conservation officials have been excavating the site each summer for the last four years.

The War of 1812 began on June 12 when Napoleon's army crossed the Neman River, starting wars between France and Russia. The war continued until 14 December 1812, culminating in the victory of the Russian and allied forces.