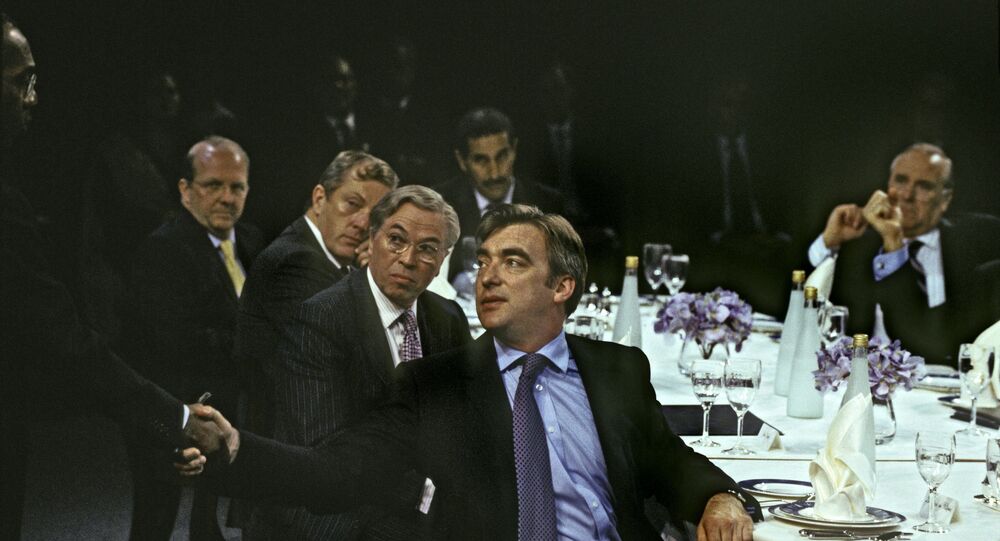 The news comes after the author and close advisor to former UK prime minister Tony Blair said that he is challenging Labour's decision to revoke his membership after he voted in favour of the Liberal Democrats during the UK's European parliamentary elections in late May.

Alastair Campbell said on Tuesday that he no longer wants to be a member of Labour and that the party is facing an "existential crisis" due to Jeremy Corbyn's leadership.

After having his Labour membership revoked, @campbellclaret has said he does not want to rejoin the party under Jeremy Corbyn. https://t.co/yel4bVX1Hf

In a emotional rant on BBC Breakfast, Mr Campbell blamed Mr Corbyn for allowing Boris Johnson to become Prime Minister, asking "Where is the strategy?"

"He has to ask himself, is he capable of doing the job and rising to the challenge that has now presented itself," he asked.

Mr Campbell also wrote in the New European that he saw "no sign that Mr Corbyn" or Labour had "grasped the seriousness of what is happening" or had begun to "execute a strategy to respond to defeat it".

He added: "Whatever the denials, Johnson has embarked on a crash and burn strategy deliberately aimed at creating the circumstances for a general election, setting up the EU, parliament, and the civil service, in a grotesque perversion of the truth, as the reasons he has no option but to call one.

Love the way he criticises ‘orchestrated personal attacks’ on the fragrant @joswinson - whilst doing the same to Corbyn over 3500 tedious words, full of self pity.
Ps: pointing out her vile voting record is Fact - not ‘personal’ @campbellclaret #YellowTory

Let's all agree that Gordon Brown, Tony Blair and Alastair Campbell have, by their own actions lost any right to have their angry little opinions spaffed all over the nationwide news. If you want to see them, just watch The Thick of It.

He also accused Labour of being "taken over" and that it was "time to stop pretending" that the party was the way it used to be.

On the BBC Radio 4's Today programme, Mr Campbell slammed Corbyn as having "not led on Brexit" or "the anti-Semitism issue" and that his leadership "kid themselves that there's a policy agenda that the country out there is even aware of".

"What you have to do in opposition to win against a ruthless Tory Party, you have to do far more that is being done now," he said. "And we have to be honest about that."

Mr Campbell also said he feared that Mr Johnson was attempting to "clear the decks towards a general election" as he thought that Labour's "weakness" made a Tory victory possible.

Not good news at all. Tony Blair was no warmonger. He was an idealist who got caught up in US colonial exploits. Alastair Campbell is a great strategist, a street fighter and a get it done person. Labour are mad to let him go at any time but in this crisis for our country???

He added: "He thinks, probably rightly, that the country has decided it will not put Jeremy Corbyn into office. I think there is a danger that we're going to be destroyed as a serious credible political force unless we face up to the reality of what's going on."

The newly appointed British Prime Minister has pledged to "defeat Jeremy Corbyn" after assuming office and has launched a £100m campaign advertising the UK government's strategy under a no-deal Brexit. Mr Johnson has repeatedly said that he will withdraw the UK from the EU "with or without a deal" and that the UK was making preparations to face a no-deal Brexit if "Brussels refuses any further to negotiate". Jeremy Corbyn, who has battled accusations of antisemitism and weak leadership from Labour's Blairite faction, has urged Brits to demand snap election in order to stop a no-deal Brexit from occurring.