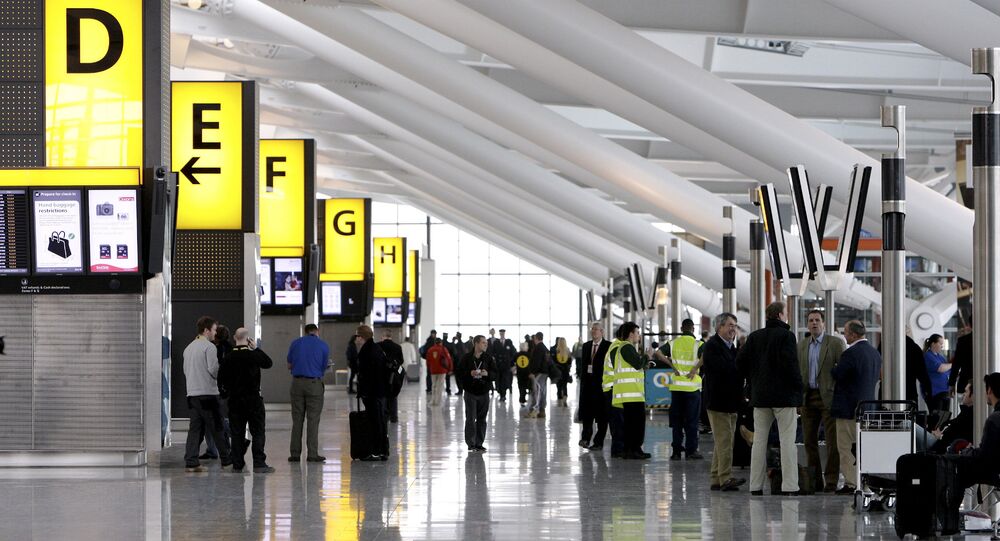 The US Embassy in London has declined to comment on the incident, which is already being investigated, according to Heathrow Airport authorities. The incident comes after President Trump’s announcement that he and new UK Prime Minister Boris Jonhson are working on a bilateral trade deal.

Katie Kane, a key staff member of the US Embassy in London, was confronted by a Heathrow Airport employee who went on a tirade against US President Donald Trump, the Daily Mail cited an unnamed source as saying on Tuesday.

The source claimed that the incident had occurred after Kane had arrived at Heathrow ‘on an overnight flight’ and that the situation escalated after a member of Heathrow's staff started to inspect her diplomatic passport.

“Obviously, Katie has a diplomatic passport which says that she works for the US government. As soon as the guy saw that, that was it. He went on a rant about [President Donald] Trump and the US,” the source said.

The man’s attitude “changed completely” after Kane said that she works for the US Ambassador, the source noted, adding that the incident prompted her to speak to Heathrow authorities.

“She calmly collected her luggage and then went and found the guy's manager. She told him it's detrimental to Britain to have their officials greeting people from America by mouthing off about the President of the US”, the source said.

Although the US Embassy confirmed the incident but emphasised that this is “the sort of thing we wouldn't comment on”. Heathrow authorities, in turn, insist that it is the Home Office that should deal with the incident.

“We expect all Home Office staff to maintain the highest levels of professionalism in their work. With the information provided we can find no record of a complaint being made, but we are investigating”, the Daily Mail quoted a Heathrow spokesperson as saying.

The incident comes shortly after US President Donald Trump told reporters that he had recently spoke with newly-appointed British Prime Minister Boris Johnson and that they are already working on a bilateral trade agreement.

Resignation of UK Ambassador to US Kim Darroch

Earlier this month, the UK Foreign Office announced that the British ambassador to the US Kim Darroch had resigned in the wake of a scandal created by recent leaks of the embassy's cables which has made his further work “impossible”.

This was preceded by Trump tweeting that his administration is not "thrilled with a very stupid guy" London appointed as its ambassador to the US.

Trump’s criticism was apparently caused by the leaked cables, published in the Daily Mail, a UK tabloid, saying that Darroch described Trump as "inept and "incompetent" and predicted that he will allegedly end up in "disgrace”. London, in turn, stressed that it doesn't not support Barroch's remarks but that he reserves the right to express his own views.