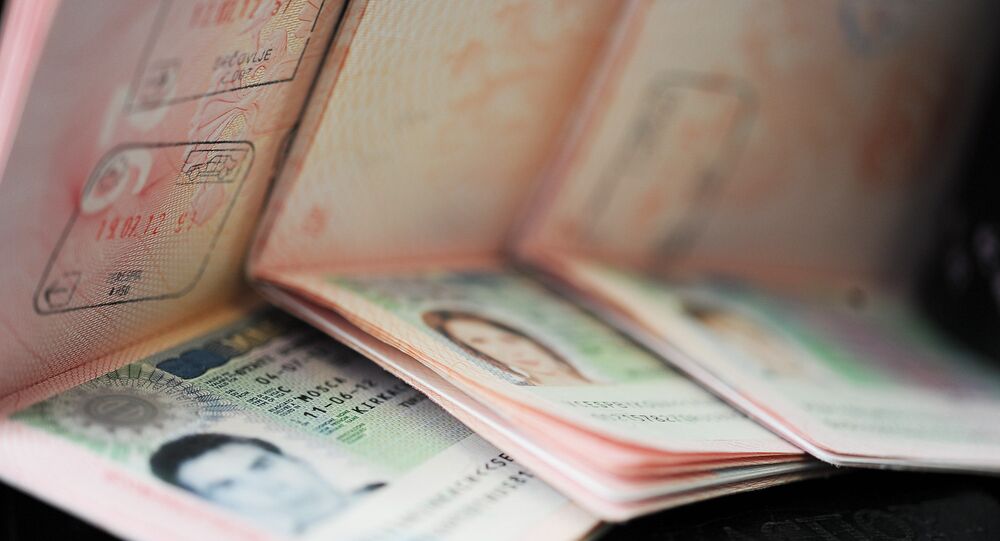 LONDON (Sputnik) - The refusal of a number of EU countries to issue Schengen visas to residents of Crimea whose passports were issued after 2014 violates the rights of citizens to free movement and contradicts international standards in the field of human rights, the Russian Embassy in the United Kingdom said on Monday.

The US and EU member states' consulates and visa centers have been consistently denying visas to residents of Crimea with Russian foreign passports that were issued on the peninsula. All visa operations for residents of the peninsula are processed exclusively in Ukraine according to either Ukrainian documents or Russian passports issued in other regions of the country.

"We consider these actions as a violation of fundamental personal rights of the Russian citizens living on the Crimean peninsula, particularly their inalienable right to freedom of movement. It runs contrary to the international standards in the human rights sphere, usually so jealously defended by European representatives. Moreover, these measures violate a number of regulations of the OSCE and the European Union itself. The fact that the restrictions are targeting all the residents of Crimea is a clear sign of discrimination on political grounds", the embassy's spokesperson said in a statement.

This practice constitutes the Western countries' attempt to punish residents of Crimea for their will to self-determination, expressed during the 2014 referendum, he added.

Crimea held a referendum in March 2014, following a change of power in Kiev that the peninsula viewed as a coup. At least 97 percent of voters favored reunification with Russia.

The results of the vote and Crimea’s subsequent reunification are viewed by Ukraine and the West as illegitimate. Calling Crimea's joining Russia "annexation", the West has imposed a number of sanctions on Russia under various pretexts, including the one accusing Moscow of sending servicemen to the conflict-struck eastern Ukraine.

Russia, however, insists that the Crimean vote was administered in accordance with the international law.

British Worries Over Crimea Were Dismissed by Kiev – Archives