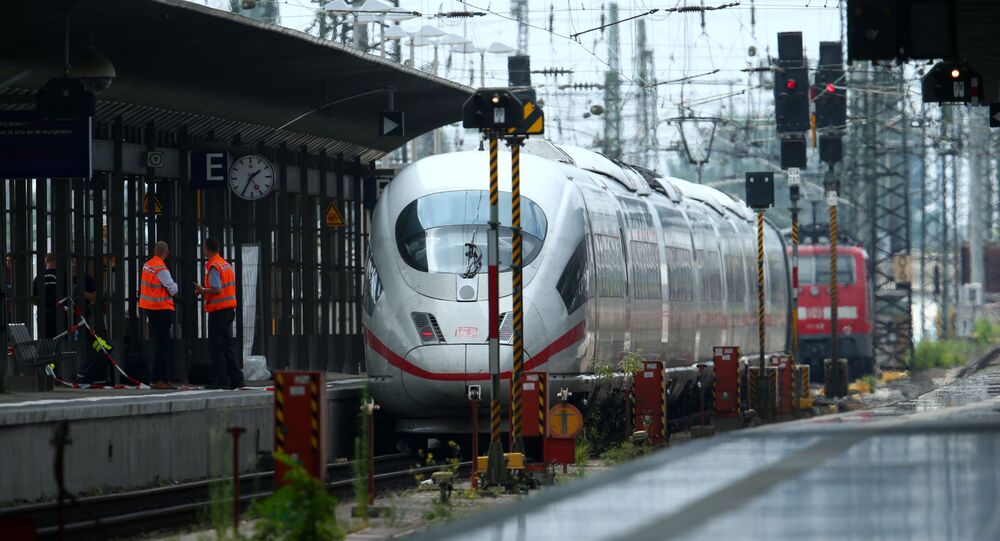 Migrant Pushes An Eight-Year-Old Boy In Front of Train in Germany, Killing Him

According to Deutsche Welle, the suspect was arrested by the police after he had tried to flee the scene after reportedly trying to push other people onto the tracks.

An eight-year-old boy was killed after he was pushed in front of an oncoming train by a man at Frankfurt's main train station on Monday, media reports say.

According to Reuters, the man also pushed the boy's mother but she survived.

"According to witness reports, a 40-year-old man pushed the boy and his mother onto the track just as the ICE (high-speed train) was arriving. The mother, thank God, was able to save herself," the police spokeswoman, Isabell Neumann, said as quoted by the agency. “Unfortunately, the eight-year-old boy was run over by the ICE. He suffered fatal injuries," she added.

Germany has welcomed almost a million migrants since 2015 when the whole of Europe saw an influx of refugees, mainly from the Middle East and Africa. German Chancellor Angela Merkel has been repeatedly criticised by conservative political colleagues, who say that her 'open borders policy' has led to a sharp rise in crime.