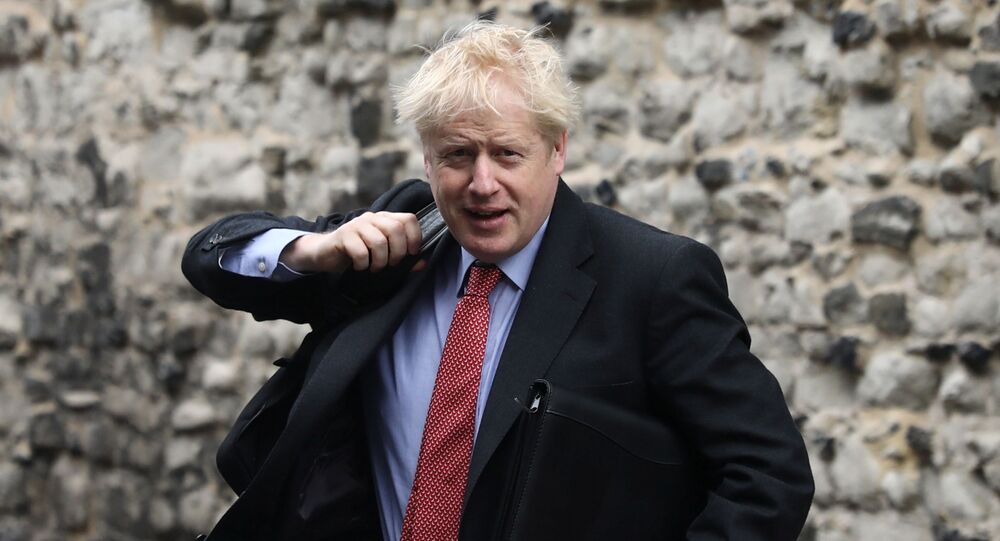 Despite senior members of his cabinet suggesting otherwise, the British Prime Minister has made clear during a trip to Scotland that he is still entertaining the possibility of striking a last minute Brexit deal with Brussels.

British Prime Minister Boris Johnson has made the surprise announcement that he is prepared to go an “extra thousand miles” to strike up a new Brexit deal with the EU.

Speaking to reporters during a visit to a British Royal Navy base in Faslane, Scotland, the Brexiter-in-chief declared with characteristic rambunctiousness that, “what we want to do is to make it absolutely clear that the backstop is no good, it's dead, it's got to go. The Withdrawal Agreement is dead, it's got to go. But there is scope to do a new deal.”

“What we want need to do is to build a new partnership with all the things that matter to us, sharing cooperation on defence, on security, on intelligence, cultural, scientific collaboration, everything that you would expect. At the core of it all a new free trade deal that allows us to take back control of our tariffs and our regulations and to do things differently where we want to” the new Prime Minister added.

The news comes alongside reports this morning that Foreign Minister, Dominic Raab, suggested that Mr Johnson would not be reopening Brexit talks with the EU until and unless it agrees to scrapping the contentious Irish backstop.

Keen Brexit watchers and analysts are likely to scratch their heads in confusion at Mr Johnson’s latest comments, considering that it was reported over the weekend that he has no plans to visit a single European capital in the hopes of reigniting Brexit talks.

On top of that, the Chancellor of the Duchy of Lancaster, Michael Gove, said over the weekend that, “the EU’s leaders have, so far, said they will not change their approach – it’s the unreformed withdrawal agreement, take it or leave it. We still hope they will change their minds, but we must operate on the assumption that they will not.”

Asked during his visit to Scotland if he agrees with Mr Gove’s assessment, Johnson retorted that he did not: “No, absolutely not. My assumption is that we can get a new deal, we're aiming for a new deal. But Michael is absolutely right that of course it's absolutely responsible for any government to prepare for a no-deal if we absolutely have to. That's the message that I've been getting across to our European friends and I'm very confident that we'll get there.”

Despite alluding to the possibility of a new trade agreement with the EU, Mr Johnson's comments come as preparations are being ramped up behind closed doors for the increasing likelihood of a no-deal Brexit.

Appearing on the BBC's Today Programme on Monday, Dominic Raab said that, "what the Prime Minister has instructed and the cabinet has accepted is a turbo-charging of those [no deal] preparations." Raab said that 4 billion pounds had been allocated for Britain's departure from the EU, which will take place on October 31 2019, and that plans are being made for more funds to help prop up British industry and the economy should London crash out of the EU without a deal.

Taking aim at former Prime Minister Theresa May’s negotiating style, Mr Johnson also said that, “the funny thing is for the last three years it hasn’t really been at all clear that that was the position of the UK government. There’s no point in coming out of the EU if you’re going to end up being run by the EU. And that was the result of the backstop. So I think to a large extent Brussels was a bit baffled by what the UK position really was. There was no clear decision.”