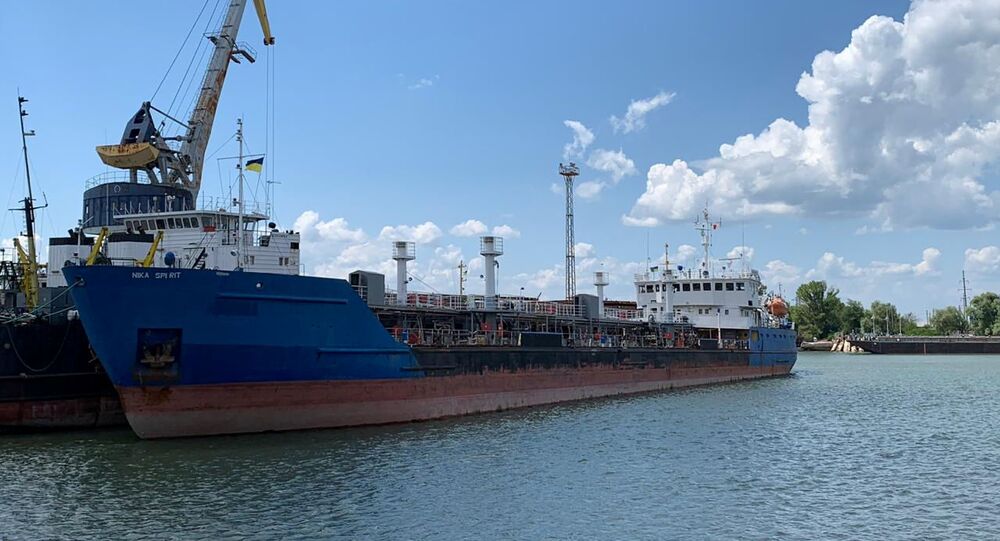 KYIV (Sputnik) - The crew of the Russian tanker detained in Ukraine is heading home, but the ship itself remains in the Ukrainian port of Izmail, a press attache for the Russian embassy in the country told Sputnik on Thursday.

"The crew is heading home, the ship remains in Izmail," Denis Golenko said.

The Russian Foreign Ministry has said it is looking into the situation.

The Ukrainian Security Service said earlier in the day that it had detained Nika Spirit tanker in Odessa region, claiming that the ship had been called NEYMA in the past and had blocked the passage of Ukrainian vessels during the Kerch Strait incident in November.

In November 2018, Ukraine's Berdyansk and Nikopol gunboats and the Yany Kapu tugboat illegally crossed the Russian maritime border as they sailed toward the Kerch Strait, the entrance to the Sea of Azov. Russia seized the Ukrainian vessels and detained 24 crew members after they failed to respond to a demand to stop. After the incident, a criminal case on illegal border crossing was opened in Russia.