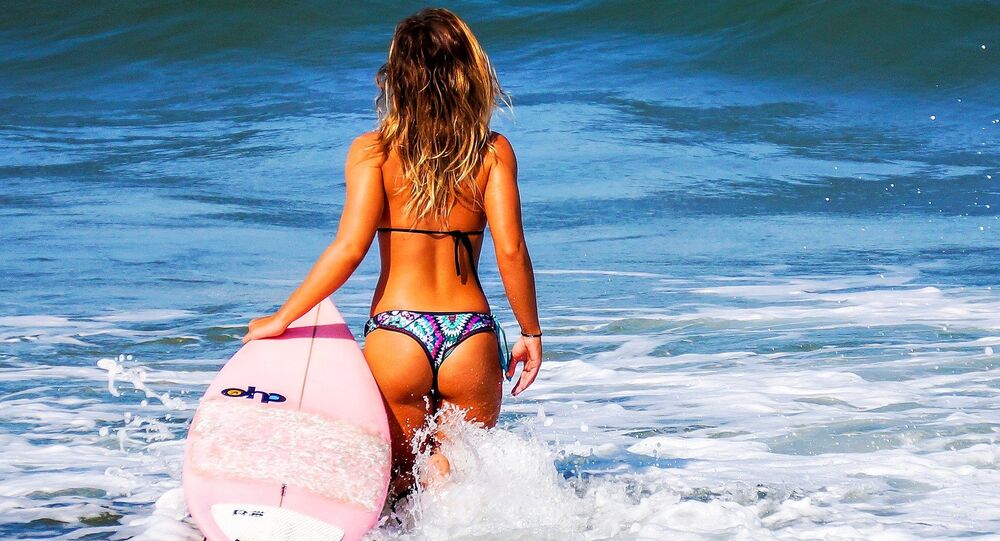 France has earned fame as the country of liberty, equality, and fraternity. However, more and more women there seem to be abandoning one of the advances in the fight for feminism – the right to strip on the beach. While some point at harassment as a possible reason, others suggest that the health damage and social media pressure is to blame.

Fewer than 20% of Frenchwomen under 50, surveyed by the country’s pollster Ifop, acknowledged they would opt for a so-called monokini, in other words, appearing topless on a beach, in comparison to about 30% a decade ago. The drop is even more drastic in comparison with 1984, when almost half of the respondents, or 43%, said they were ready to wear nothing but panties.

Thus, Frenchwomen have turned out to be more conservative than their closest neighbours, namely Germany with 34% supporting topless sunbathing and Spaniards where this number is 48%.

According to the poll, conducted by Ifop with the French site VieHealthy.com, pestering, lusty stares and as well as fear of criticism are what prompts women aged between 18 and 25 to cover up.

As the political science professor Camille Froidevaux-Metterie from Reims University points out, social media and aggressive marketing make many women feel insecure about their body.

"Women feel that their breasts don't look good enough, so they hide them. It's even worse today with social media and influencers. They participate in this commercial system which creates standards to prevent women liking their bodies”, she said.

A broader snapshot of the respondents from France, however, suggests that the health problems that solar radiation can cause are the most popular reason to never go topless.

At the same time, the opposite option of going to the beach fully covered, wearing an Islamic burkini, does not also seem to have many fans. The pollster points out that 68% of respondents agreed that seeing a woman in a burkini on the beach bothers them while only 22% expressed the same feelings about topless beachgoers.

Swimming pools in France, which has the largest Muslim population in Europe, recently became a battlefield against the full-body swimsuits. The authorities in Grenoble shut down the city’s two municipal facilities amidst a sweltering heatwave gripping western Europe after several Muslim women were seen swimming there wearing burkinis in defiance of the garment’s ban.

The burkini-clad women went to the pools twice at the initiative of Alliance Citoyenne, a civil rights NGO, to challenge a city ban on the full-body swimwear, which they claim is discriminatory, but were fined €35 each as a result.

In response, the city residents have launched a “citizens’ secular, ecologist” Facebook group called “Everyone Naked”, and they summoned members to arrive at the pool naked and challenge the “burkini brigade”, deploring Green mayor Eric Piolle’s “worrying inaction”.

2016 witnessed several French municipalities banning the wearing of burkinis, claiming it was a security threat, only to have the bans later overturned by a court.