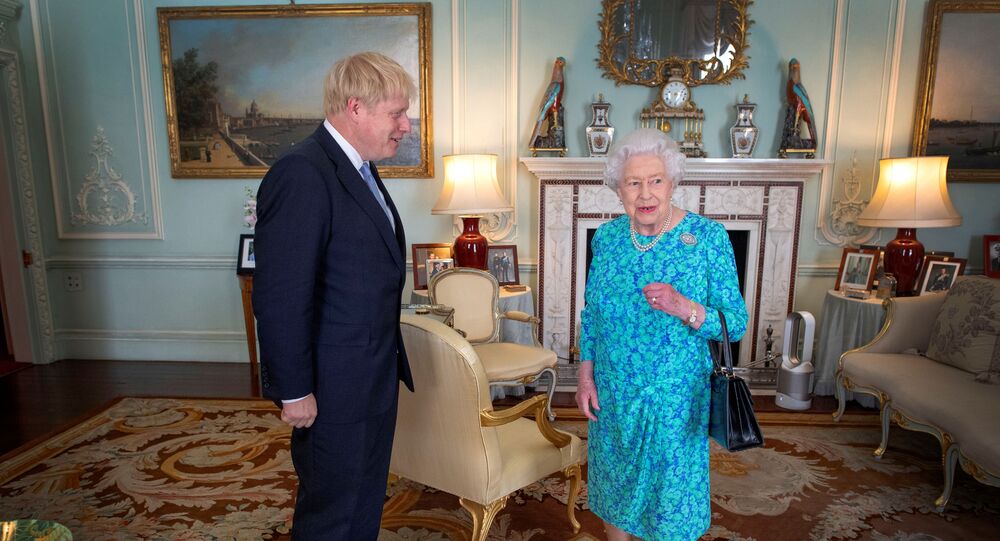 Boris Johnson officially assumed the role of prime minister on 24 July after winning the Conservative Party leadership contest. His term began with a private audience with Queen Elizabeth. Although he was not allowed to reveal what he and the monarch had discussed, Johnson allegedly still spilled a juicy detail.

New UK Prime Minister Boris Johnson has told Downing Street staffers that Queen Elizabeth noted during their first private meeting “I don’t know why anyone would want the job”. According to a Euronews correspondent, who reported about the alleged incident, the new British PM revealed it during a tour in Number 10 “before being told off by staff not to repeat those things so loudly”.

Exclusive: “I don’t know why anyone would want the job” - what Johnson says HM the Queen told him during his audience! The PM revealed it during a tour in Number 10 before being told off by staff not to repeat those things so loudly. 📷:PA pic.twitter.com/r5CX4LbnXa

​Sharing details of such meetings is a “major breach” of royal protocol. However, Boris Jonson is not the first prime minister who’s had problems with this social construct due to his loose lips. In 2014, David Cameron had to apologise and acknowledge that he was embarrassed after he was caught on camera chatting about the Scottish referendum with US billionaire and former New York Mayor Michael Bloomberg. The microphone of the camera, filming them, picked up Cameron saying that the Queen told him she “had purred down the line” when he called to inform her about the crucial vote results.

Johnson, known as a Brexit supporter, assumed office on 24 July after defeating UK Foreign Secretary Jeremy Hunt in the race to succeed Theresa May as the leader of the Conservative Party and PM. While his predecessor stumbled, trying to deliver Brexit and get the UK Parliament to vote for her agreement with the EU, Johnson has promised to withdraw the UK from the European Union by 31 October with or without a deal.