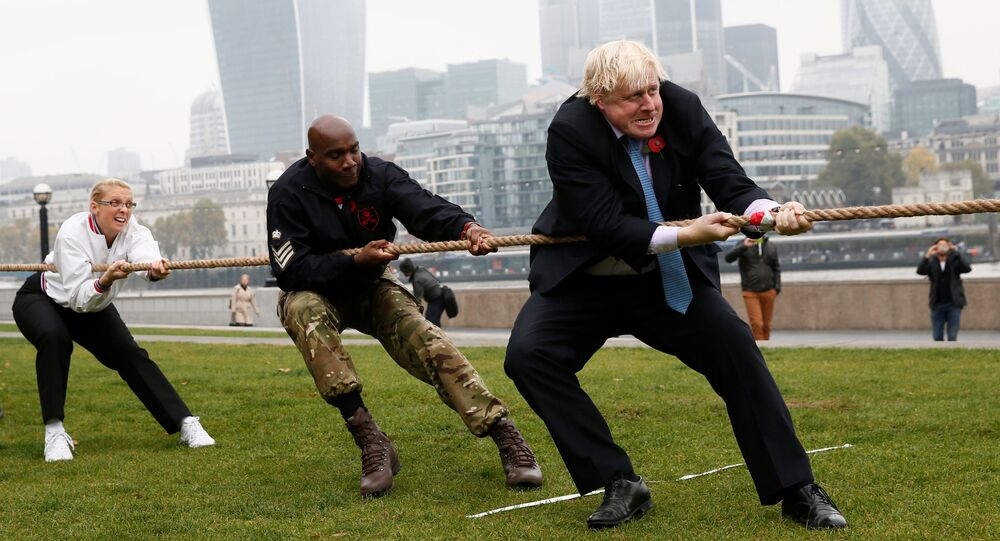 Boris Johnson has been met by a flurry of resignations within his own Conservative Party following his appointment as British Prime Minister.

Johnson has, of course, expressed his desire to potentially prorogue parliament in order to ensure the UK would finally sever ties with Brussels on October the 31st; should the EU not reopen negotiations on Theresa May’s withdrawal bill, or start afresh on a new document.

And while Johnson’s plan might prove a hard pill to swallow for many in the parliament, some might prove more of a challenge than others to Number 10’s newest occupier.

Hammond’s political career began in 1997, when he was elected Conservative MP for Runnymede and Weybridge in Surrey, he was then appointed as Chancellor of the Exchequer in 2016 by Theresa May, replacing the outgoing George Osborne and is the man behind the implementation of the Conservative Party’s austerity policies, which have drawn criticism from the Labour Party.

During the latter stages of his time in office, Hammond has been vociferously opposed to a no-deal Brexit, which he fears could trigger a recession in the UK.

Stewart has been a Tory MP for Penrith and the Border since 2010, and served in numerous roles before resigning from his current post, having previously worked in the diplomatic service and acted as a coordinator for a regional provisional authority In Iraq following the deposition of then-leader Saddam Hussein.

Stewart has expressed deep concerns over what he perceives to be a “lack of detail” in Boris Johnson’s Brexit plans.

Gauke was first elected to the House of Commons in the 2005 General election for Hertfordshire South West.  After a successful legal career, he was appointed as Secretary of State for Justice and Lord Chancellor in January 2018, but was caught up in an expenses scandal by the British Channel 4, having claimed expenses on a flat in central London, despite owning another property in the vicinity.

He has stated to the press that “crashing out of the European Union without a deal would lead to a national “humiliation, despite Johnson’s claims to the contrary.

After working as an oil trader, Duncan was elected for as MP for Rutland and Melton for the first time in 1992.

He is well known for being the figurehead of William Hague’s successful bid to become Conservative leader in 1997, and for becoming the first openly gay Conservative MP, whilst backing a raft of socially liberal policies in parliament, such as the civil partnership bill.

He has told the BBC that he could push for an emergency vote that would challenge Johnson’s leadership already, due to his dissatisfaction with the new Prime Minister’s Brexit stance.

Anne Milton Worked as a nurse for the NHS becoming an MP for Guildford in 2005, and was then appointed shadow minister for health in 2007 by David Cameron

She has also served as deputy chief whip in the House of Commons and as a member of the Privy Council, which acts as an advisory body to the Queen.

...Today, I have delivered your letters to Number 10 – thank you again for your hard work! pic.twitter.com/7g3THd0LXy

​Upon departing her current role she stated she “  has always believed that Britain’s departure from the European Union should be centred around future co-operation and  that she “ had sincerely hoped that the UK would be able to leave the EU in March with a deal.”

The secretary of State for work and pensions had described Johnson as “not the man you want driving you home at the end of the evening” following his appointment as foreign secretary in 2016,  which has led to doubts that she would back him in a confidence vote.

The Labour leader opposes Boris Johnson's priorities such as "tax write-offs for the richest" and a no-deal Brexit, and that “ he was ready” for a general election at  “any time” and that the Prime Minister needed to “ carefully consider” his options going ahead.

The Brexit Party leader has expressed doubts in recent days regarding Johnson’s capacity to deliver Brexit,  and although his party currently has no seats in the commons; they could pose a serious challenge in the near future.

Boris Johnson could need to convince Farage to join him in a coalition, in order to beat off a challenge from Labour in a general election.

She was recently elected as leader of the Lib Democrats, replacing Vince Cable, and stated that “Britain deserves better than Boris Johnson".  Swinson also opposes alleged Islamophobia within the Conservative Party.

The coming weeks will no doubt throw up some challenges for the new Prime Minister and his Cabinet.

Other Tory backbenchers are rumoured to be holding back their resignation letters, to see how Johnson’s dealings with Brussels pan out over the next few months.

If nothing goes to plan during the Prime Minister’s honeymoon period, then there is a possibility that a so-called “unity” grouping could be formed with MPs from other parties, in an effort to challenge Johnson.

The Labour opposition under Jeremy Corbyn also appears to be content to wait in the wings for the time being before calling a confidence motion.