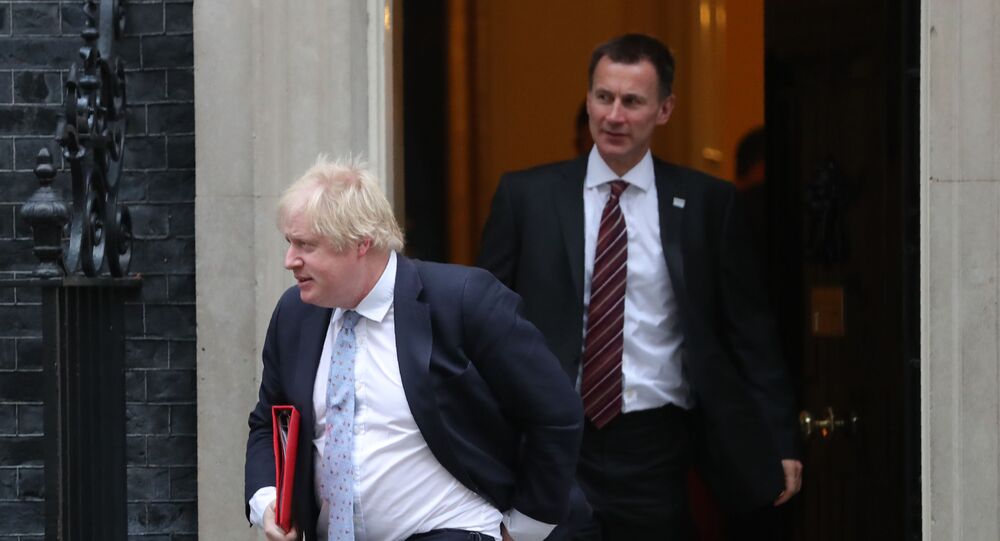 Polls show that Boris Johnson continues to head for a landslide victory in the ongoing leadership election race between him and Foreign Secretary Jeremy Hunt as time is already ticking until Tuesday, 23 July, when a new UK Prime Minister is due to be announced.

They claimed that Johnson will remove Hunt from his post and offer him a less ranking Cabinet job if Johnson obtains “comfortably” more than 60 percent of Tory members’ votes.

Under this scenario, Hunt is thought to be replaced by those who are perceived as more loyal to Johnson, including former Cabinet Ministers Michael Fallon and David Davis, as well as Attorney General Geoffrey Cox and former Tory leader Iain Duncan Smith.

If Johnson gets less than 60 percent, he is expected to be pressurised not to fire Hunt in order to unite the party and allay concerns by Hunt’s supporters.

“Boris’s whole reshuffle revolves around what he does with Hunt”, one of the sources said, adding that Johnson is still infuriated over Hunt’s personals attacks on him during their leadership election race.

Late last month, Hunt, in particular, said “whether it's complacency or cowardice, it's not a good look for Boris to be ducking debates with me”.

He referred to Johnson initially refusing to take part in live TV debates with Hunt, something that finally took place earlier in July. At the time, the two men specifically clashed over Brexit, with Johnson pledging to do his best to help get Britain off the “hamster wheel of doom” and deliver Brexit in three months.

On 20 June, Johnson along with Hunt secured their places as the final contenders for the Tory leadership after Prime Minister Theresa May earlier announced her decision to step down over Brexit-related mishaps.

The next UK PM is set to be announced on 23 July, with polls showing that Johnson remains the frontrunner after he managed to obtain 162 votes in the final parliamentary vote for MPs last month.