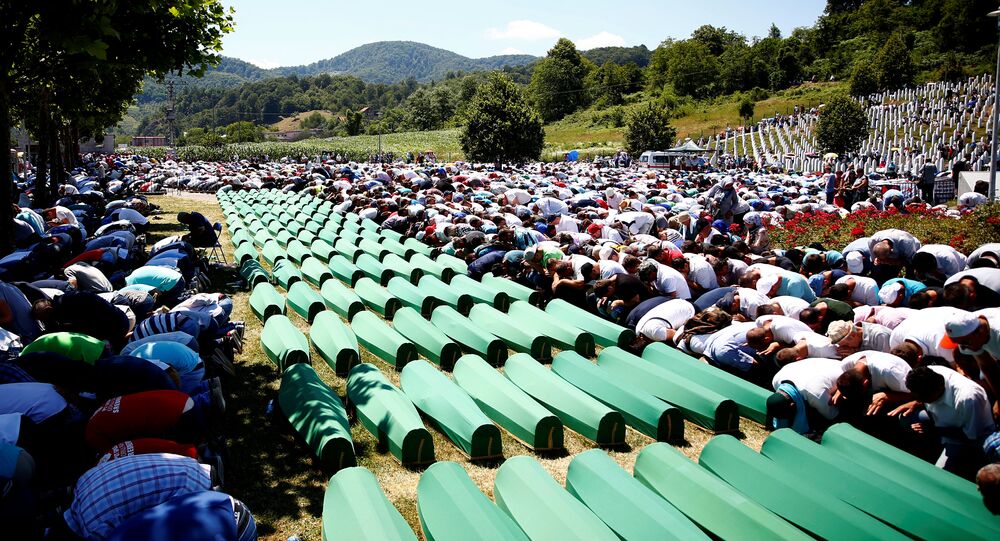 The Srebrenica massacre, considered to be the largest mass killing in Europe since the Holocaust, ended in 8,000 Muslim Bosniaks being killed in July 1995 during the Bosnian War. The Dutch troops were tasked to guard a UN safe zone where Muslim men had sought refuge.

The Dutch Supreme Court found the Netherlands partially liable for the deaths of more than 350 people killed in the 1995 Srebrenica massacre. It ordered the Dutch state to pay compensation to the victims’ families, who first sued the country in 2007 following revelations about its UN troops’ role in what was later recognised as genocide.

“Dutchbat (Dutch battalion troops) acted unlawfully in the evacuation of 350 men. They took away the chance of the men to stay out of the hands of the Bosnian Serbs", the court ruled on 19 July.

The Dutch troops tasked with guarding the UN safe zone during the peacekeeping mission expelled 350 Bosniaks from their UN base, although the Dutch knew that they were under deadly threat, as the court in The Hague acknowledged in 2014. The court ruled that there would only have been a 30% chance to survive for them if they had been allowed to stay at the base and that the victims’ relatives could count on a corresponding 30% in damages from the Netherlands. However, this decision was re-evaluated and the top court has ruled that the Dutch forces were only 10% liable, so the amount of damages that families are allowed to claim has been reduced to 10%.

The country’s government has stated that they accept the new verdict and the 10% damage liability. It stressed, however, that "it is good to bear in mind that those to blame for the Srebrenica genocide are the Bosnian Serb forces".

In 2002, a report by the Netherlands Institute for War Documentation revealed that the Dutch forces had been deployed on "a mission with a very unclear mandate" and without "adequate training", as well as "virtually without military and political intelligence work to gauge the political and military intentions of the warring parties". While the UN safe zone was heavily shelled by Bosnian Serbs demanding that the Bosnian Muslims hand themselves over, the Dutch peacekeeping troops were denied air support. Two of the Dutch peacekeepers were killed.

The revelations subsequently led the government to resign.

At the same time, the Dutch court ruled out that the UN could be prosecuted for the killings.

After seceding from Yugoslavia in 1992, Bosnia and Herzegovina was in a state of war that erupted between Bosnian Muslims, Serbs, and Croats until the Dayton Agreement was signed in 1995. The conflict was marked by numerous war crimes and killings, including the 1995 Srebrenica massacre, which ended in 8,000 Muslim Bosniaks being killed.

It is considered to be the largest mass killing in Europe since the Holocaust. Radovan Karadzic, 73, who governed the Republika Srpska between 1992 and 1996, was found guilty of planning the Srebrenica massacre as well as other crimes in the Bosnian War.