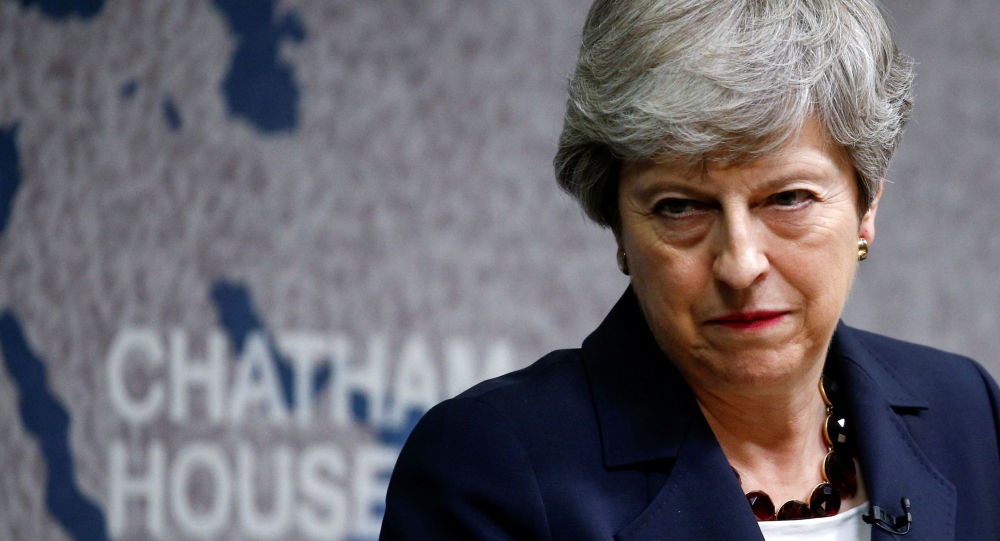 Theresa May is due to officially resign as UK Prime Minister on 24 July when she goes to Buckingham Palace to speak to the Queen. The outgoing PM announced that she was stepping down in May due to her failure to deliver on her Brexit blueprint-related promises.

Former Brexit Secretary David Davis told a BBC Panorama documentary on Thursday night that UK Prime Minister Theresa May just “conceded”, while he was determined to fight for a divorce bill on Britain’s terms during the UK-EU talks on a future trade deal.

Prime Minister May “gave away the fact that we were going to meet everything they wanted - money, citizens rights - and get nothing back in return. And then go back later and ask for what we want with nothing to argue with”, Davis claimed.

When asked why May decided “to concede”, he argued that she did so “because she felt pressurised, unconfident and maybe even insecure after the [2017] general election [when she lost her overwhelming majority]".

Davis’ remarks come after head of the EU negotiating team Michel Barnier confirmed in an interview with BBC Today that neither Theresa May nor her ministers ever warned him directly about going for a no-deal Brexit.

"No, no, I’ve never listened to such a sentence. Never”, Barnier replied to the show’s host, who asked him about a “no-deal” warning.

He also insisted that the EU had not been "impressed" by this, describing Brussels’ agreement with May’s government as “the only way to leave the EU in an orderly way”.

In December 2018, May survived a no-confidence vote, which was supposed to keep her unchallenged by the Conservative Party for the next year, but she then came under great pressure from lawmakers amid her inability to gain their support for the Brexit withdrawal agreement she had negotiated with the EU.

In May, she announced that she would step down as UK Conservative Party leader on 7 June, saying that she would be leaving a job that it has been “the honour of my life to hold”.

The party is set to announce the name of its new leader on 23 July as former Foreign Secretary Boris Johnson and current Foreign Secretary Jeremy Hunt remain the two main candidates for the post. The winner, who will automatically become new the UK prime minister, will have to tackle Brexit by the 31 October deadline.