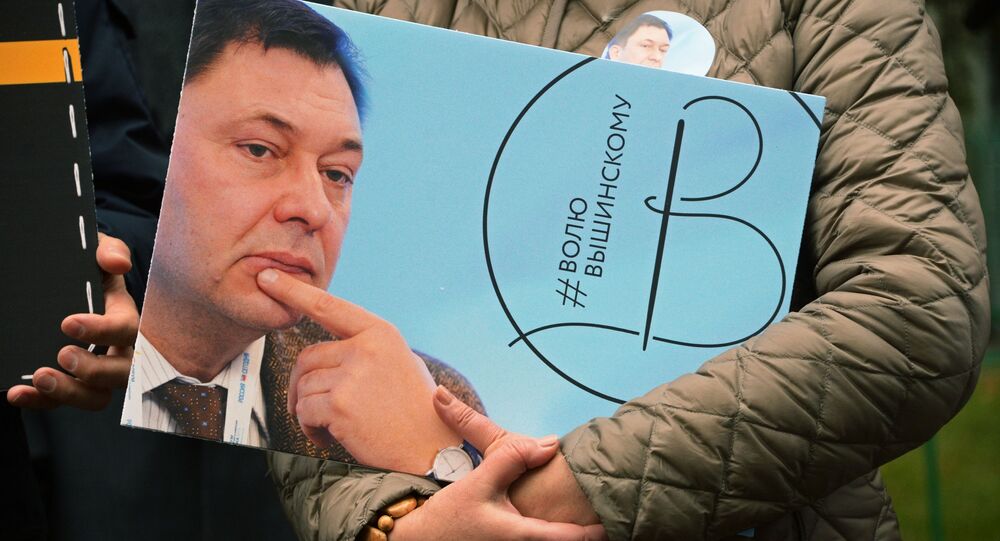 "The presidential office learned with great interest about the Russian Federation's proposal to release Kirill Vyshinsky as the first step of goodwill on the part of Ukraine. We fully support the policy of goodwill steps and propose Russia to make a step forward by releasing Oleg Sentsov. And for mutual confidence in the common goodwill, we propose doing it simultaneously", Mendel wrote on Facebook.

Vyshinsky was detained on 15 May 2018 on suspicion of supporting the self-proclaimed republics in Ukraine's eastern Donbass region and treason.

The harshest sentence the journalist faces is 15 years in prison. On Monday, the Podolsky district court of Kiev postponed his court hearing again, this time to Friday.

In 2015, a Russian court sentenced Sentsov to 20 years in prison. In 2014, he was arrested in Simferopol among the members of a terrorist cell called Right Sector*, who were plotting terrorist attacks in the Crimean cities of Yalta, Simferopol and Sevastopol. The Ukrainian filmmaker has denied his guilt.

*Right Sector is an extremist organization banned in Russia.