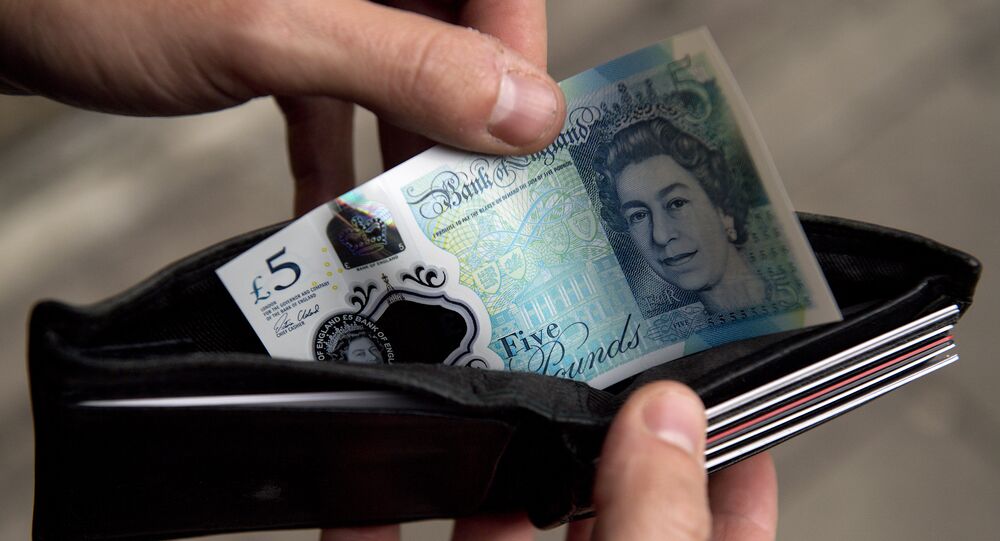 MOSCOW (Sputnik) – The UK Office for Budget Responsibility is expected to forecast later on Thursday that the United Kingdom will face an economic downturn in 2020 if the country withdraws from the European Union without a deal, media have reported.

The Times reported that later in the day, the agency will reveal its analysis of effects that a no-deal Brexit is expected to have on the UK economy in the coming five years.

The UK economy is forecast to shrink in 2020 and recover in 2021, according to the outlet.

Still, it is likely to be at least 3 percent smaller under the no-deal scenario than if the country withdrew from the European Union with a deal, the reports added.

In 2016, UK citizens voted to leave the European Union. The country was initially set to withdraw from the bloc in March, but UK lawmakers did not endorse a Brexit deal agreed upon by London and Brussels, so the deadline was moved to 31 October.

Politicians on both sides, however, have voiced concerns that there were prospects for the UK withdrawing without a deal due to the lack of progress in settling disagreements between the United Kingdom and the European Union.

Last week, Secretary of State for Business Greg Clark told Sky News that Britain would lose "many thousands of jobs" if Theresa May's successor brings the country out of the European Union without a deal. Clark warned that job losses would affect virtually all sectors of the economy, noting that a drop in competitiveness as a result of impeded trade inevitably entails job losses.

Meanwhile, the UK Conservative Party is reportedly expected to announce the name of its new leader on 23 July after its members vote to choose between Boris Johnson and current Foreign Secretary Jeremy Hunt. The winner will automatically become UK prime minister.

The new PM will have to deal with both the Parliament, which refuses to approve the agreement previously negotiated with Brussels but also rejects the no-deal scenario, and the European Union, which is steadfastly against renegotiating the arrangements.