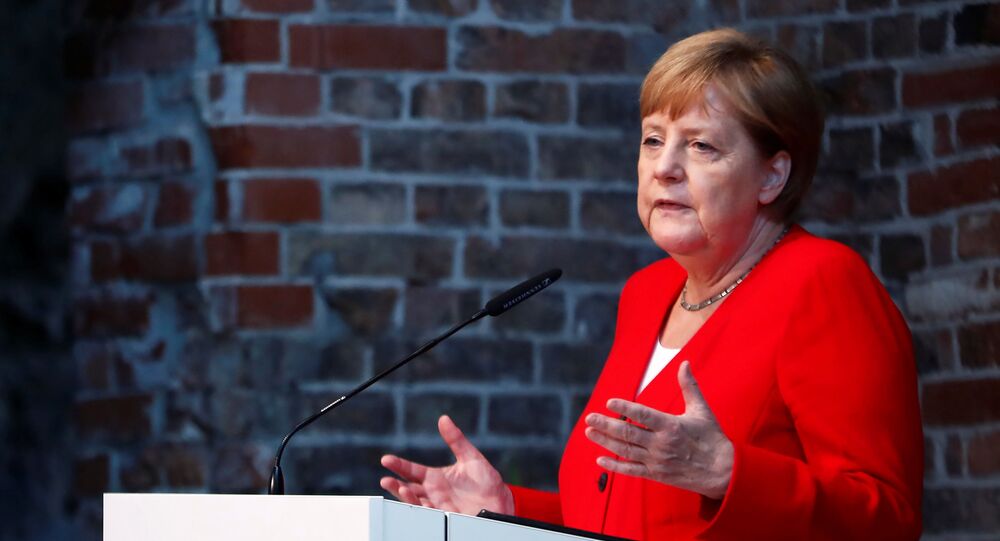 The German chancellor's visible tremors, which have been spotted on at least three occasions during her recent public appearances, have become a point of concern for some politicians and citizens questioning her ability to lead the government; however, 60% of the country's population believes that Merkel's health is her own private matter.

Margarete Stokowski, a columnist for Germany’s Spiegel newspaper, has published an article harshly condemning the ongoing public discussions on social networks and in the media about alleged health issues that may have been behind Chancellor Angela's Merkel's recent "shaking episodes". The columnist suggested that instead of discussing the issue, people, including journalists, doctors, and politicians, should "shut up" and be satisfied with Merkel's own response to the matter.

The German chancellor has brushed off concerns about her health and said that there is nothing to report, explaining the first episode as being due to intense heat during her outdoor meeting with Ukrainian President Volodymyr Zelenskiy. However, after the second episode took place inside an air conditioned office around a week later, some politicians and German netizens again started to question Merkel's capacity to lead the country.

Stokowski argues that it's none of their business as long as the chancellor continues to do her job, attend meetings and give interviews, dismissing as insignificant Merkel’s sudden change of protocol to sit down during a welcoming ceremony with military honours for Danish Prime Minister Mette Frederiksen after one of her shaking episodes.

The columnist further points out that many people experience stress and side effects from medications that they take in order to work efficiently, arguing that the chancellor was simply unlucky for her symptoms to reveal themselves during public appearances. She added that this is not a reason to discuss the issue publically.

The latest opinion polls show that around 60% of German citizens agree with the statement that Merkel's health is a private matter, but some politicians believe that the lack of transparency in this case hurts Merkel, as it leads to the spread of rumours.

At least three episodes of Merkel suffering tremors have been witnessed during her appearances in public over the course of the last month. Some noted, though, that the latest episode was not as severe as the first one, which took place on 18 June. Germany’s Bild newspaper recently reported that Merkel had her blood tested and that the results allegedly showed that she was lacking certain minerals, but did not indicate any other significant anomalies.

Merkel Should Not Show Weakness, German Journo Laments Over Her Shaking Episodes