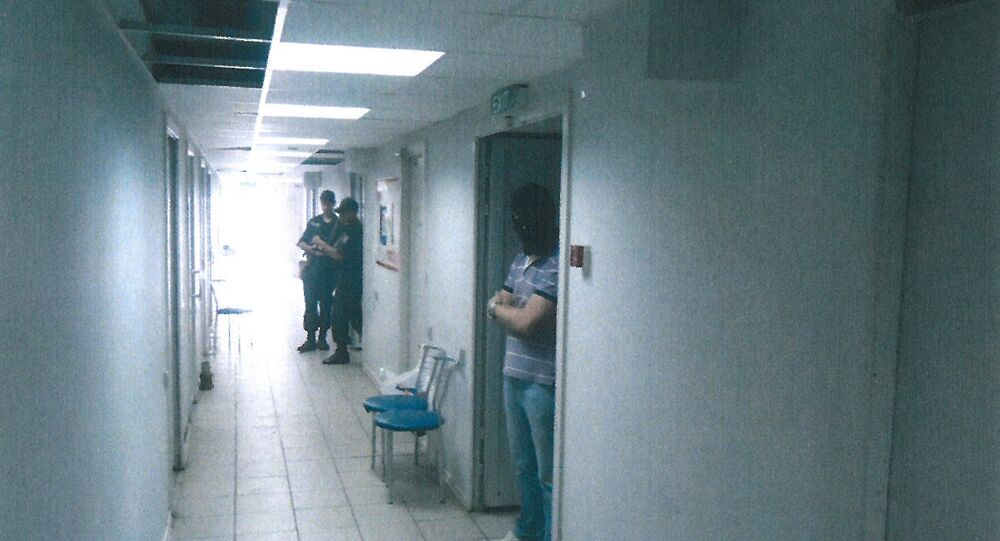 MOSCOW (Sputnik) - Sputnik has found new documentary proof of the existence of Kiev's secret prison at an airfield in the eastern Ukrainian city of Mariupol and will release its investigation about the jail, run by Ukrainian National Guard's Azov Battalion and tacitly patronised by the Security Service of Ukraine (SBU), as a series of articles.

At a press conference in Moscow in March, a former SBU officer, Vasily Prozorov, presented photos proving the existence of this unofficial jail. He claimed that over 300 people had passed through this jail in summer and fall of 2014 alone, while two people had died over this period.

Sputnik has interviewed both ex-prisoners and the prison staff to gain evidence of the existence of the jail. It also possesses video materials and medical evidence, provided both by Ukraine and the self-proclaimed Donetsk People's Republic, substantiating the interviews. Moreover, the UN Human Rights Monitoring Mission in Ukraine has confirmed to Sputnik the existence of this secret jail.

Olga Seletskaya, a Mariupol resident who participated in rallies supporting Ukraine's federalisation, was among those held in the prison. On 29 August 2014, Azov Battalion officers detained her in the centre of Mariupol. According to Seletskaya, a jail staffer wearing a balaclava, captured on photos that Prozorov presented back in March, was among those who detained her.

"I saw his T-shirt and his pochette. Then he relaxed and took [his balaclava] off and I noticed that he was ginger. He took part in detaining me and he was very glad", Seletskaya told Sputnik.

Seletskaya also confirmed that Prozorov had been present during interrogations in the capacity of an SBU officer.