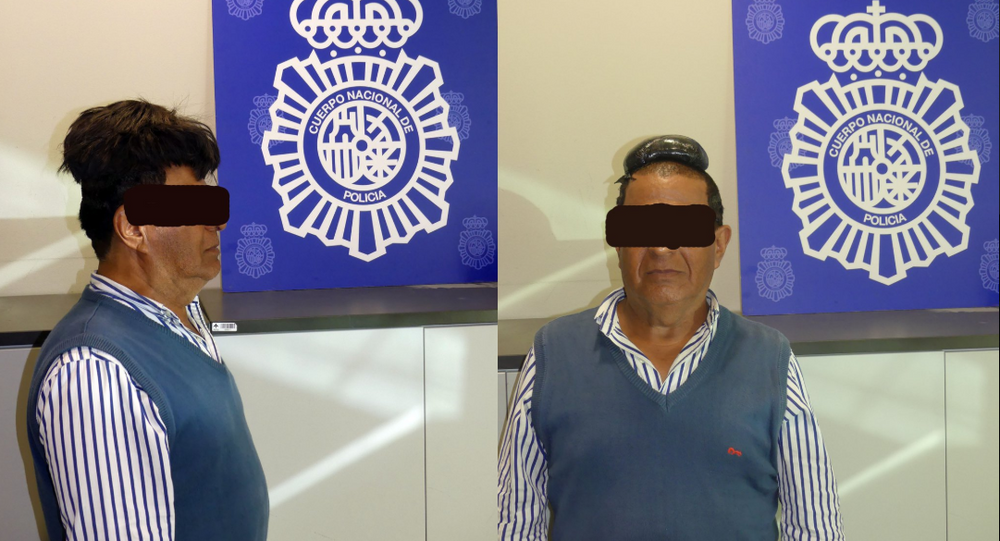 A Colombian man’s hair-raising hiding spot was fully exposed in Barcelona, Spain, after airport police noticed him getting off a flight with a suspiciously large toupee and nervous disposition.

On Tuesday, an unnamed middle-aged man was detained and subsequently arrested at Josep Tarradellas Airport after a “perfectly-sealed package taped to his head” was retrieved and yielded approximately 30,000 euros’ worth ($34,000) of cocaine, according to a statement from Spanish police obtained by Reuters.

"There is no limit to the inventiveness of drug traffickers trying to mock controls," reads the police statement, which dubbed the investigation “Operation Toupee.”

Perhaps giving the wigged out criminal his just desserts, authorities photographed the man both with and without his hairpiece during his booking. His eyes, however, were blocked in the image, and no other details related to his identity were released, aside from his Colombian nationality.

The incident resulted in Brazilian President Jair Bolsonaro and the Brazilian Ministry of Defense issuing a statement condemning Rodrigues’ transportation of drugs.

The aforementioned arrests pale in comparison to the 2018 pineapple drug bust carried out by Spanish and Portuguese police. The joint, seven-month investigation led to the arrest of nine drug traffickers and the seizure of 745 kilograms of cocaine and $489,000 in cash.

Reuters reports that in 2018, Spanish police seized over 100 kilograms of cocaine from individuals coming through the Barcelona-El Prat airport.