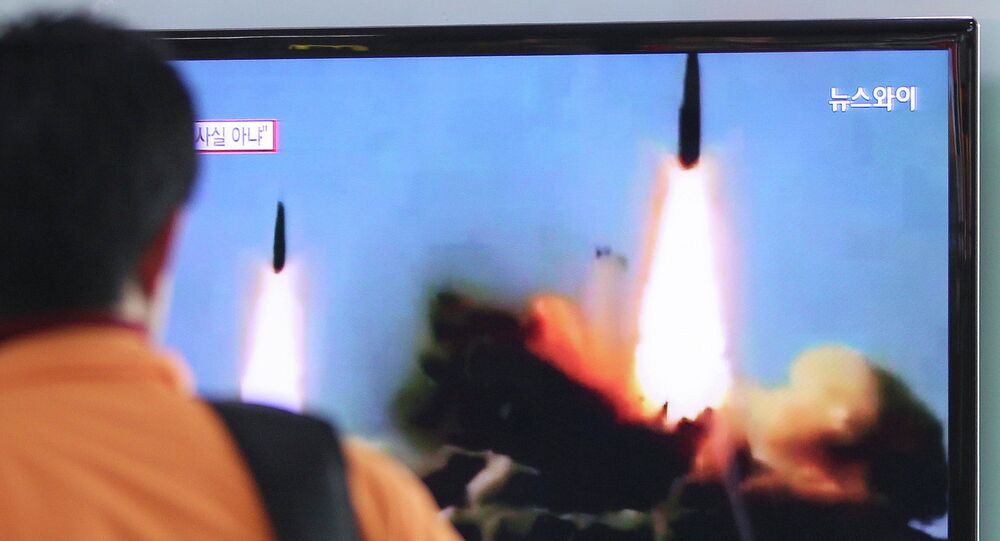 MOSCOW (Sputnik) - The European Union has renewed sanctions on North Korea in response to the latter's nuclear weapon and ballistic missile programs, a statement from the US council said. Currently, at least 57 persons and 9 entities fall under new EU sanctions imposed on North Korea.

"The Council [of the European Union] reviewed its autonomous list of those subject to restrictive measures under the sanctions regime against the Democratic People's Republic of Korea (DPRK). It confirmed the sanctions in place, which consist of a travel ban and an asset freeze, on the listed individuals and entities", the statement from the council, released late Monday, said.

Targeted entities and individuals contribute to Pyongyang's "nuclear-related, ballistic-missile-related or other weapons of mass destruction-related" programs or for sanctions evasion, the statement said.

Meanwhile, the United States and South Korea since 2018 have been engaged in diplomatic efforts to convince North Korea to dismantle its nuclear and ballistic missile programs.

In June, US President Donald Trump and North Korean leader Kim Jong Un met in the demilitarized zone separating the two Koreas and held an hour-long meeting inside the Freedom House on the South Korean side of the zone. Trump briefly stepped over the demarcation line into North Korean soil, becoming the first US president to do so.

Kim and Trump's talks are their third in a row after a long pause. The two leaders expressed their commitment to denuclearization at a 2018 landmark bilateral meeting in Singapore. The next round of US-DPRK talks, held in February in Vietnam, however, ended abruptly without an agreement and deescalation has reportedly reached an impasse.

Kim has expressed his readiness to hold another summit with Trump and promised to wait for the US response until the end of the year.