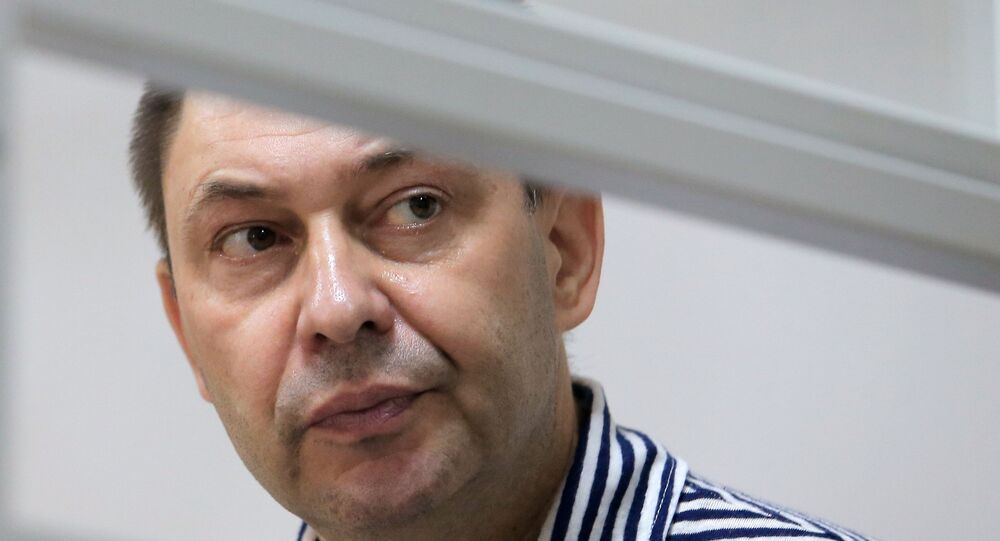 "Due to the fact that the panel of judges is in the deliberations room, the case consideration is postponed until July 19 at 15:00," a court spokeswoman said.

Moskalkova said she would ask the court to consider the request to release Vyshinsky on a written pledge not to leave the city.

She also said that there is no applicable evidence proving the charges put forward by the Ukrainian authorities against Vyshinsky.

"We now have the ruling by the [Ukrainian] Constitutional Court that the charges against Vyshinsky do not fall under the category of charges mandatory for detention as a preventive measure. It gives us a legal basis for resolving the issue...The hearings on the merits are just starting ... Five articles of the Criminal Code of Ukraine could not be confirmed as applicable at the stages of the consideration of a preventive measure when it was possible to present some part of the evidence. Therefore, Kirill is extremely interested in the trial that would follow all the established procedures and concluded with a relevant court ruling,"  Moskalkova told reporters.

She stressed that Vyshinsky himself insisted that he does not agree to any prisoner exchanges, and is determined to seek an acquittal.

Ukrainian prosecutors will insist on keeping Vyshinsky in custody and in case the preventive measures are mitigated, they will take steps to prevent him from leaving Ukraine, Yevhen Komarovski, the head of the Ukrainian Crimean Prosecutor's Office, said Monday.

"The defendant is now in custody. The prosecutor's office will take measures to ensure that the defendant will not be able to leave mainland Ukraine after considering the application for extension [of the preventive measure]," Komarovsky told journalists.

Vyshinsky's lawyer Andrey Domansky said that the journalist's defence would ask to change the detention to release on bail.

Commenting on the possibility of Vyshinsky's exchange for Ukrainians detained in Russia, a lawyer said that today there was no legal mechanism for such a move.

According to Dmitry Kiselev, the director general of Rossiya Segodnya International Information Agency, the decision of a Kiev court to postpone the hearing of the case shows Ukraine's weak will.

"I believe that what happened today in court in Kiev shows the Ukrainian authorities' helplessness, weak will and inability to fulfil their promises and responsibilities," Kiselev said, adding that the Ukrainian prosecution's accusations against Vyshinsky were insubstantial. 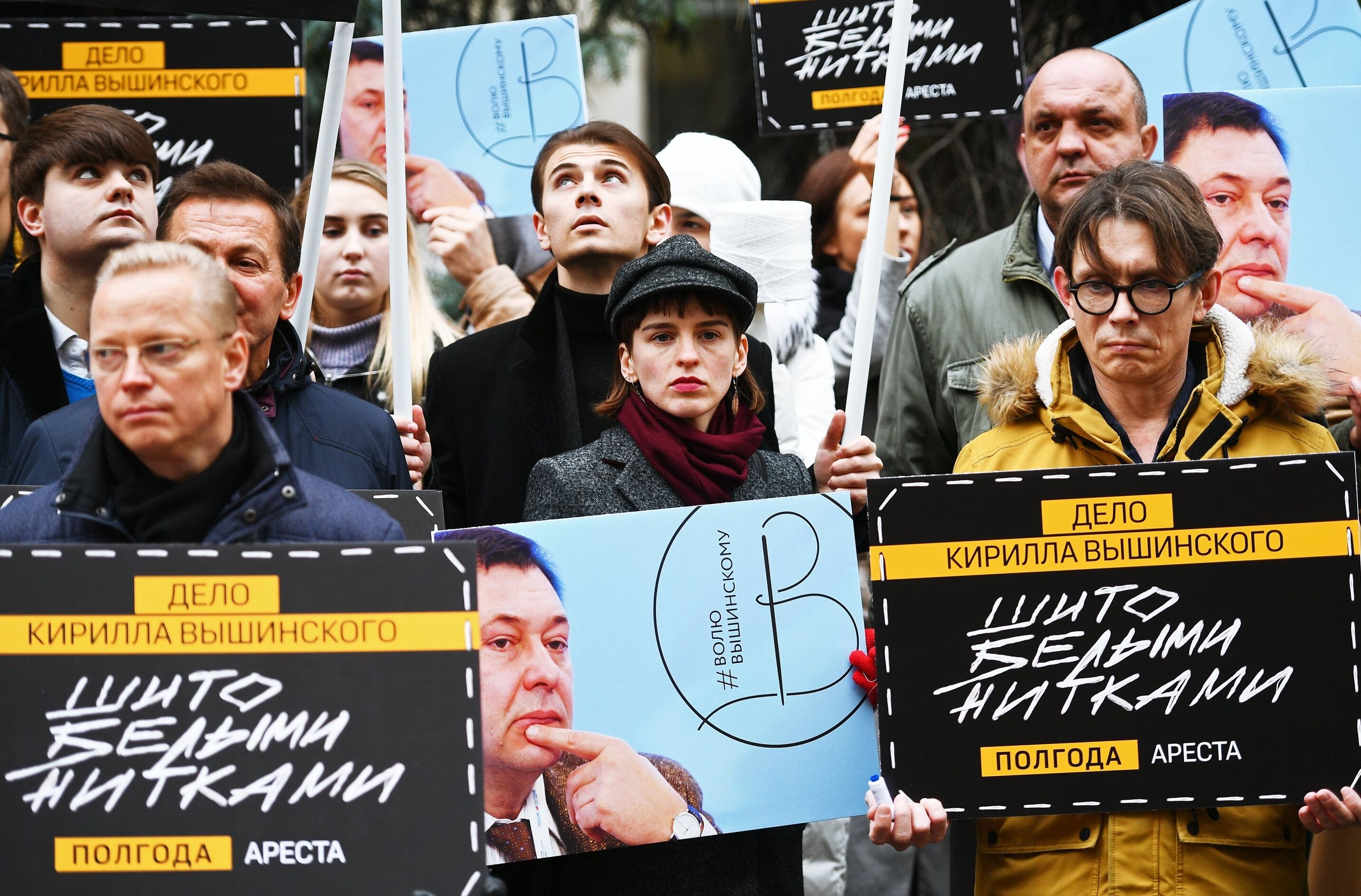 RIA Novosti Ukraine portal head Kirill Vyshinsky was detained in Kiev on 15, 2018 on suspicion of supporting the self-proclaimed Donetsk and Luhansk people's republics in eastern Ukraine and treason, and has been held in custody since then. Along with repeatedly prolonging the journalist's arrest, the court has also refused to move him from a detention facility to house arrest.

Russian President Vladimir Putin said that Vyshinsky's arrest was politically motivated and proved that the previous Ukrainian authorities' policy towards journalists was unacceptable.