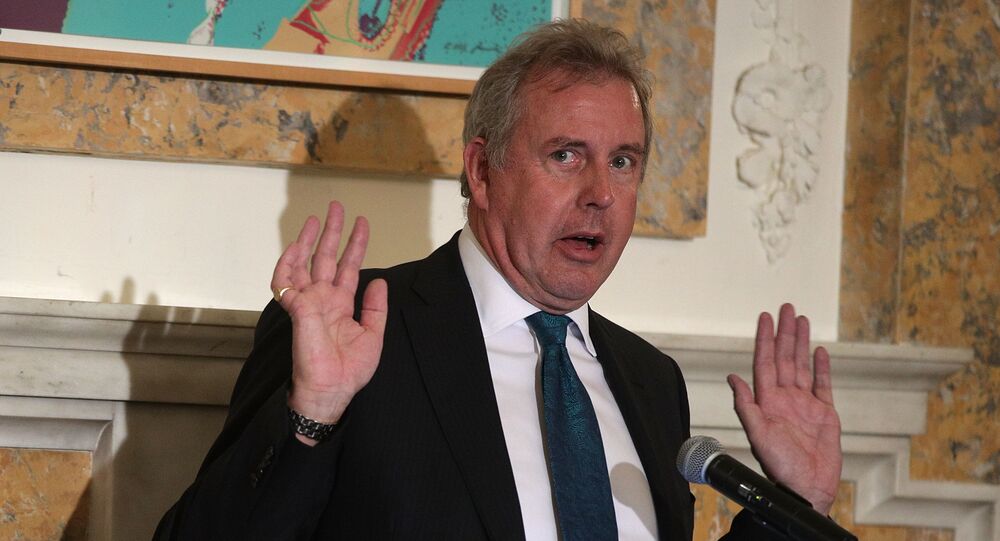 MOSCOW (Sputnik) - The suspect behind the leak of confidential memos penned by former UK ambassador in Washington Kim Darroch last week has been identified, yet not named by UK police, local media reported on Sunday.

On Friday, the UK Metropolitan Police opened a probe into the leak of excerpts from confidential cables that Darroch had sent to London in which he described the White House as "uniquely dysfunctional" and warned that Trump could end up in "disgrace." Darroch also described Trump as inept, insecure and incompetent.

"They think they know who did the leaking. It’s now a case of building a case that will stand up in court. It was someone with access to historical files. They went in and grabbed a range of material. It was quite crude,” an unnamed government source told the Sunday Times newspaper.

According to the report, the police ruled out the possibility of the leak resulting from a foreign state-sponsored hacking attack on a government computer.

On Friday, Assistant Commissioner Neil Basu said a counter-terrorism unit responsible for investigating claims of breaches of the Official Secrets Act would lead the probe into the suspected leak. Basu urged those behind the cables' publication to spare police the effort and turn themselves in. He said those who had any information should come forward.

On July 6, the Daily Mail newspaper published excerpts from Darroch's confidential memos in which he speaks critically of the US government. The envoy resigned on Wednesday, a day after Trump in a tweet called him "a very stupid guy." According to media reports, Darroch quit because Boris Johnson, the former foreign secretary and the front-runner to succeed Theresa May as prime minister, refused to back him during a Conservative leadership TV debate.