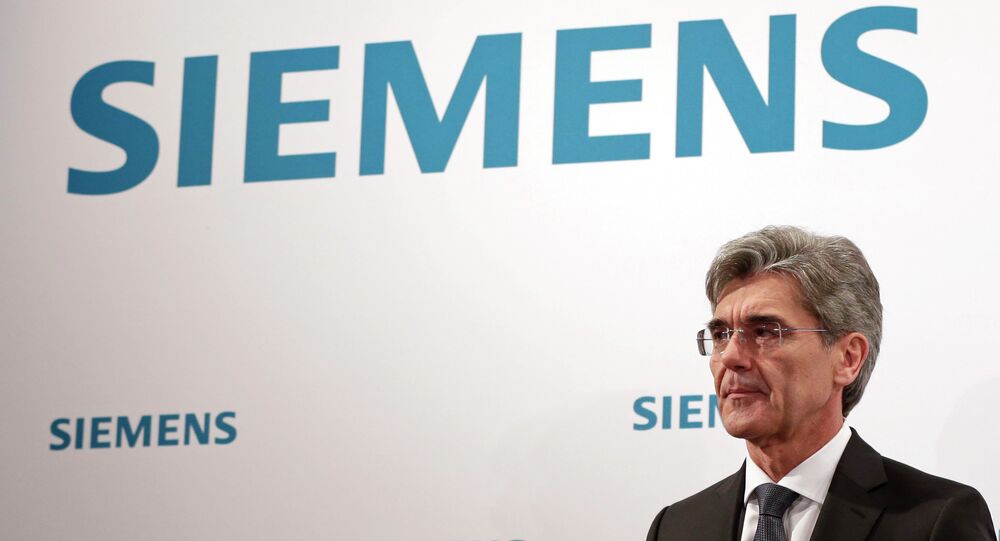 German politician Walter Lübcke was found dead in his garden on 2 June after he received threats over his support for Chancellor Angela Merkel's refugee policies. The Federal Prosecutor's Office claimed the murder was a political assassination linked to neo-Nazism.

Kaeser, who has led the German industrial giant since 2013, subsequently shared a screenshot of the email threat he received earlier this month on Twitter.

The email sent from the address adolf.hitler@nsdap.de mentions politician Walter Lübcke, who was killed last month in what has been labelled a politically motivated incident.

​As Kaeser alluded to the email address, claiming to be that of Adolf Hitler and his NSDAP party, he remarked: "It seems that digitalisation has even arrived in hell. The devil now has email too."

The current death threat received by Kaeser comes in the wake of the murder of German politician Walter Lübcke. Lübcke, who had become a target of threats for supporting Chancellor Angela Merkel's refugee policies, was found dead in his garden on 2 June in what the Federal Prosecutor's Office said was a political assassination linked to neo-Nazi extremists. 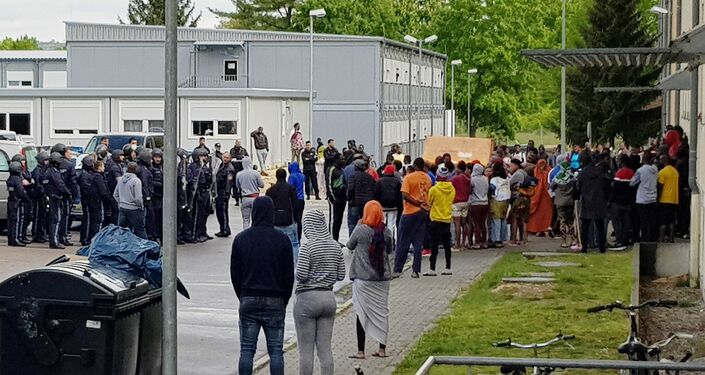 © AP Photo / Alexander Auer
German police officers and migrants stand in front of an asylum center after a woman was found dead in the center in Regensburg, Germany, Saturday, May 11, 2019

Stephan E. was arrested on DNA evidence two weeks after the incident. The alleged perpetrator had past convictions for violent anti-migrant crime and had been linked by several German media outlets to the neo-Nazi scene.

He later confessed to Lübcke's murder. Against the backdrop of the murder investigation, Cologne's mayor and several other German politicians were revealed to have also had their lives threatened, with police claiming threats likely stem from neo-Nazi extremists.

Reports point to the victims being targeted for their pro-refugee stance. Interior Minister Horst Seehofer said Germany's federal and state security agencies must improve their cooperation in order to combat extremists "who are prepared for violence," reported DW.

Chancellor Angela Merkel’s policy on migrants and refugees, which has seen an unprecedented number of people arriving to seek asylum in Germany since 2015, has been a divisive issue, with the German intelligence agency repeatedly warning of trouble brewing in the neo-Nazi circles.

CEO of Siemens Gas Turbine Technologies: Russia Inspires Me Over and Over Again