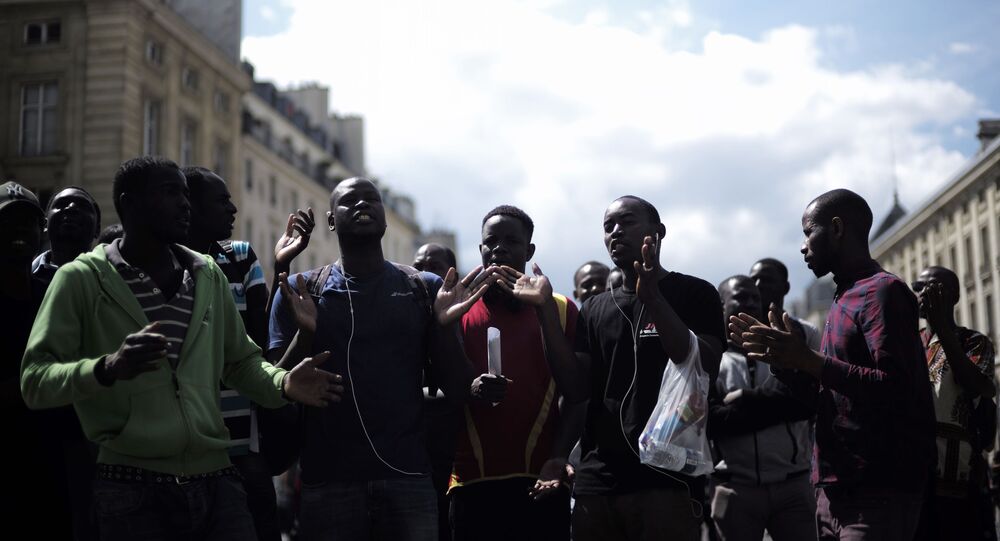 MOSCOW (Sputnik) - Nearly 40 people have been detained during a migrant demonstration near the Pantheon building in Paris, local police have said.

"Thirty-seven people were detained after they were identified," the police prefecture wrote on Twitter late on Friday.

The protesters called on the government to settle their legal status and give them accommodation.

The rally was organized by the Chapelle Debout migrant rights group. The organization said that weeks ago, it sent a letter to Prime Minister Edouard Philippe, detailing its complaints about working conditions for asylum seekers.

Pantheon is the 18th-century building housing the remains of French politicians, military commanders and culture and science figures.