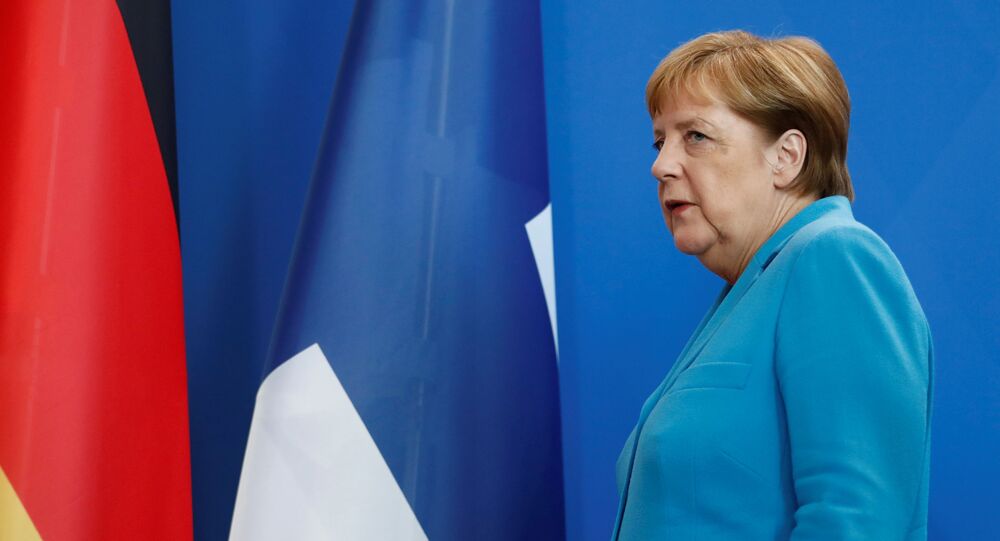 This week, the 64-year-old chancellor was spotted trembling uncontrollably for a third time in three weeks at a ceremony as she received Finnish Prime Minster Antti Rinne in Berlin. Her office has repeatedly denied any concerns over her health.

Some members of Chancellor Angela Merkel's Christian Democratic Union party are mulling an earlier-than-planned handover of power amid concerns over the chancellor's health, senior party sources have told Reuters.

"The tremors are fueling the CDI internal debate about whether the schedule agreed between Merkel and…[would be-successor Annegret] Kramp-Karrenbauer on not changing the guard until 2021 can hold," an anonymous member of the CDU's executive committee said.

Another senior party member voiced concerns over Kramp-Karrenbauer, who assumed office as leader of the CDU late last year, and who has since faced criticism over a series of gaffes, from her support of measures to govern speech online, to an awkward joke about transgender people during a stand-up set.

According to the official, Kramp-Karrenbauer's slide in popularity has come "not just because of the mistakes, but rather because the CDU chief doesn't really have a [platform]."

Prior to the handover of the CDU chairwomanship to Kramp-Karrenbauer late last year, Merkel had led the centre-right party for 18 years, during which time the party won four elections.

Other sources speaking to Reuters allayed concerns about the chancellor, saying neither Merkel nor Kramp-Karrenbauer have any intention of changing the planned handover of power date set for 2021, when Merkel will have served as chancellor for over 16 years.

Sources close to Merkel assured that the only real challenge to the 2021 plans would be if the Social Democratic Party quit its alliance with the CDU after losing elections in three eastern German states later this year.

On Thursday, following the third public shaking incident with the Finnish prime minister, and Merkel's decision to breach protocol and sit during a ceremony to welcome Danish Prime Minister Mette Frederiksen, Bild columnist Franz Josef Wagner expressed concern for the chancellor, and asked whether Merkel travels too much. "We are seeing someone who wants to stay strong, and shakes and shakes," he wrote, adding that "when the political body trembles, the state trembles."

Merkel's first bout of shakes was observed on June 18, when Merkel received newly elected Ukrainian President Volodymyr Zelenskiy in Berlin. A second incident was observed less than two weeks later during her meeting with President Frank-Walter Steinmeier on June 27.

Merkel has kept mum on the possible cause of the shaking bouts, saying she has "nothing special to report" regarding her health and assuring media that the reaction would soon pass as quickly as it came. On Wednesday, a government spokesperson refused to answer whether Merkel was undergoing any medical examination over the repeated shaking bouts.

Merkel will turn 65 on July 17. In 1998, before her election CDU chairwoman, she said that she didn't "want to be a half-dead wreck" by the time she left politics.