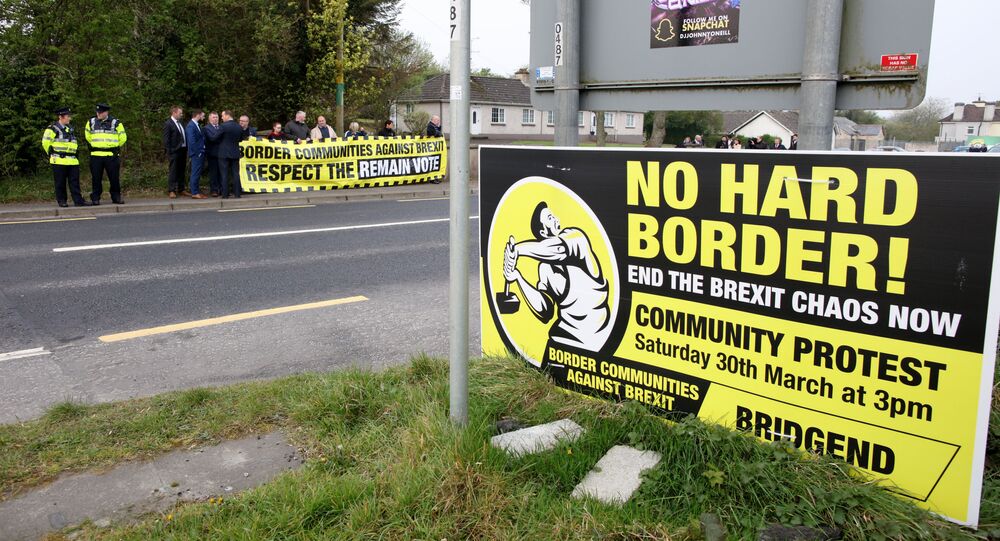 Concerns regarding food and agricultural standards have been central to the debate around Brexit, as has Northern Ireland. A no-deal Brexit could see Northern Ireland break "economic alignment" with the Republic of Ireland due to PM Theresa May’s "red lines", which rule out Britain’s membership of the Single Market and the Customs Union.

The Republic of Ireland is considering imposing border checks on animal products and live animals exported to the country from Britain in the event of a no-deal Brexit.

The checks would be imposed on the entirety of the island, including Northern Ireland, which is part of the UK.

Speaking to Ireland’s Newstalk Radio Station on Friday, Irish President Leo Vardkar said: “The kind of things that we’re looking at and proposing for example is that the entire island of Ireland will be treated the same when it comes to agriculture or food and that any SPS (sanitary and phytosanitary) checks would happen at the ports.”

He added that this would mean Britain “accepting that Northern Ireland is being treated differently,” and explained that random and “business level checks and controls” will have to increase to prevent smuggling.

The statement from the Irish president follows comments by Irish Deputy Prime Minister Simon Coveney on Thursday in response to the first debate between the final two Tory leadership contenders – Jeremy Hunt and Boris Johnson.

Both PM hopefuls pledged to scrap the backstop in Theresa May’s EU withdrawal agreement, which would maintain a seamless border between the Republic of Ireland and Northern Ireland after Brexit.

The Irish deputy PM said that the two candidates are “well aware of the facts” that a no-deal Brexit would negatively impact both the British and Irish economies.

Chairman of the European Research Group (ERG) and Boris Johnson backer Jacob Rees-Mogg has dismissed concerns that a technological solution and the Common Travel Area omits the potential for a hard border between the two countries.

Mogg also rejected claims that Brexit would see a slipping in British food standards, relating to accusations of having to rely on imports “chlorine-washed” chicken from the United States, which has lower levels of food regulation than the EU.

The EU responded to the proposals from the ERG saying that the Irish Backstop is the only “realistic solution” to avoiding a hard border.