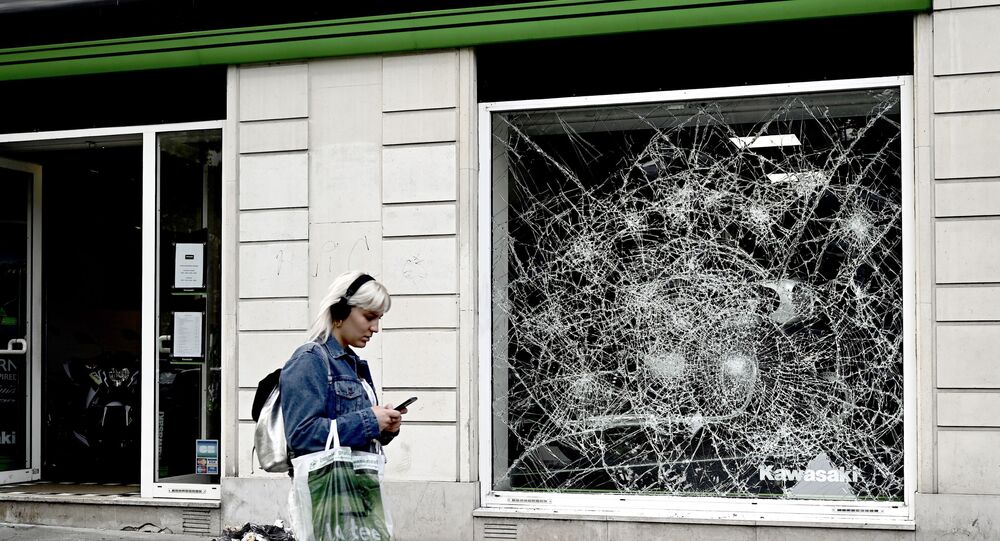 On Thursday, Algeria played against the national team of Cote d’Ivoire. After a 1-1 draw in the final half, Algeria won the penalty shootout 4-3. Algeria will face Nigeria in a semifinal match on Sunday.

"The destruction and incidents that occurred yesterday during celebrations of the [Algerian victory in a match of the] African Cup of Nations are unacceptable. I welcome the response of our troops who were mobilized in Paris and on all other territories to maintain order and stop the unrest. A total of 43 people were detained," Castaner wrote on his Twitter page.

Celebrations started peacefully with fans taking to the streets to express their joy.

© AFP 2020 / DOMINIQUE FAGET
Algerian supporters celebrate in Paris after the victory of their team during the 2019 Africa Cup of Nations (CAN) quarter final football match between Ivory Coast and Algeria, on July 11, 2019

But later, according to media reports, at least two stores were looted in the centre of the French capital during the Thursday celebrations.

Police had to use tear gas to disperse the crowds.

Until 1962, Algeria was a French colony, which is why many people of Algerian origin currently live in France.