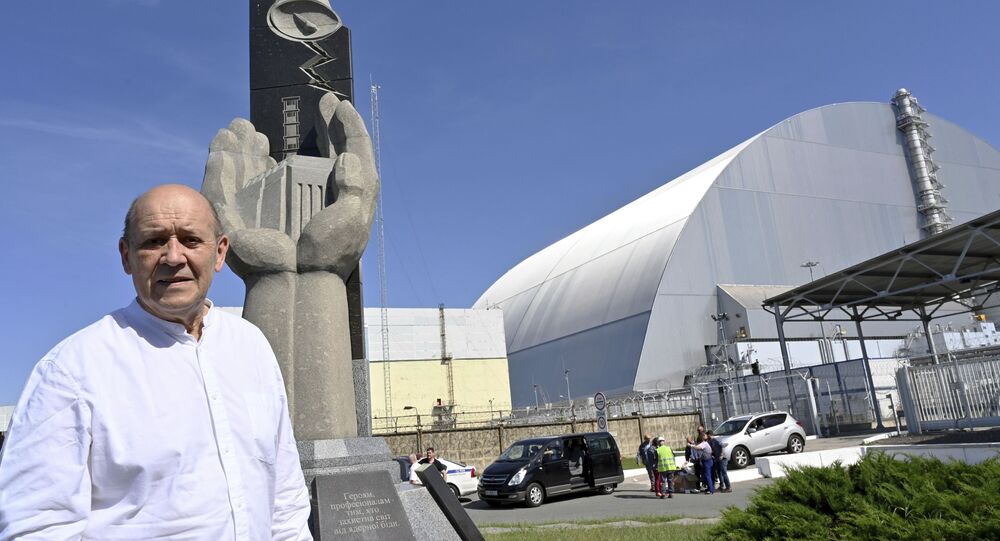 Thirty-three years after the precipitous reactor explosion, the Chernobyl Nuclear Power Plant now has a protective dome expected to last a century.

About 68 miles north of Kiev sits the remains of the Chernobyl plant, which suffered a catastrophic steam explosion and open-air reactor core fire on April 26, 1986, that spewed huge amounts of radioactive material into the atmosphere and surrounding lands. While a temporary sarcophagus was hastily erected over the No. 4 reactor, a more permanent structure to contain the latent radioactivity was still necessary.

“Today we get the keys to the construction that was created by joint efforts of dozens of countries to protect the entire planet and humanity from radioactive contamination,” Ukrainian President Volodymyr Zelensky said at the ceremony, AFP reported.

Noting that Chernobyl was known worldwide as a disaster area - it’s surrounded by a 1,000-square-mile Exclusion Zone, and the area of the plant will remain uninhabitable by humans for another 24,000 years - the dome would now help Ukraine “turn our problem into our advantage.”

“This marked the next step in the transformation of Chernobyl into an environmentally safe and secure state,” the European Bank for Reconstruction and Development (EBRD) said in a Wednesday statement. The bank provided $1.7 billion for building the structure, which is made out of steel and lined internally with polycarbonate panels to protect it from radiation, and which weighs 36,000 tons.

The dome was actually moved into place in 2016 - assembled nearby and inched into place using hydraulic pistons. The dome fits snugly over the remnants of the structure that once contained No. 4 reactor.

After a year-long certification process by Kiev’s regulatory authorities, construction workers will be cleared to begin demolition of the old sarcophagus using two bridge cranes mounted inside the arches.

When the reactor exploded during a routine test in 1986, it flung pieces of the reactor and building across the grounds of the power station and sparked a fire that poured radioactive material, including the toxic element cesium, into the atmosphere, falling down across the northern Ukrainian and Belorussian Soviet Socialist Republics as well as much of northern Europe. The explosion itself killed 30 power plant workers and caused the evacuation of over 100,000 people, including the entire city of Pripyat, where the plant workers and their families lived.

Hundreds of firefighters who responded to the disaster were exposed to deadly levels of radiation, and dozens died in subsequent years. Secondary fires were quickly contained, but the reactor burned for weeks. Cleanup took months and entailed collecting the debris and throwing it back into the No 4 reactor hole. The most dangerous jobs lasted 40-90 seconds: throwing a single shovelful of highly radioactive graphite off the roof of the No. 3 reactor and into the No. 4 pit - any longer and workers would have been exposed to lethal doses of radiation. Thousands of volunteers took part in that effort, and when cleanup was completed, the concrete sarcophagus was built over the top of the reactor and debris before the year was out.

It’s difficult to assess the wider effects of the radiation put into the air, but a 2006 study published in Nature estimated perhaps 16,000 Europeans died earlier deaths caused by complications traced to the Chernobyl disaster.