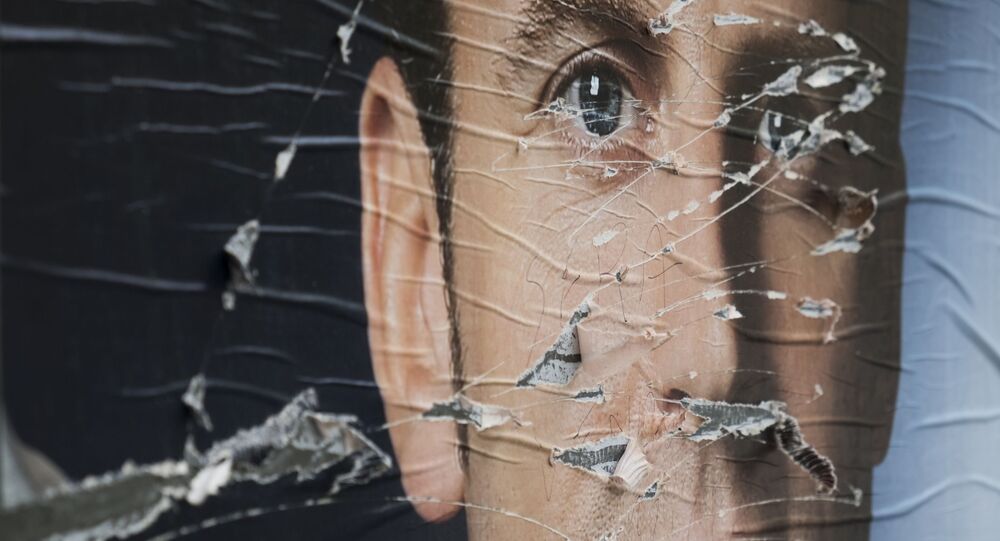 Russian media outlets last year faced accusations of interfering in France's internal politics, but a recent probe by French intelligence has reportedly found no signs of such activities.

The French Institute of Strategic Research of the Military School (IRSEM) and American think-tank the Atlantic Council have in a recent collaborative project produced a report, the latest in a row of similar ones, claiming that Russia meddled in the internal affairs of a foreign government. This time, the researchers accused Moscow of trying to prevent the victory of Emmanuel Macron in the 2017 French presidential election.

The researchers try to prove that by using state-funded media outlets, namely Sputnik, as an "information weapon", the Kremlin allegedly organised a coordinated "disinformation campaign" against then presidential hopeful Macron. However, like many similar papers on alleged "Russian meddling", this research also fails to present solid facts that substantiate the claims and stumbles into certain problems when trying to prove that such a targeted "campaign" actually existed in the first place.

Notably, the report’s key author and head of the IRSEM, Jean-Baptiste Jeangène Vilmer, who also serves on the Academic Advisory Board of the NATO Defence College, took most of his points of evidence from the works of Ben Nimmo, a researcher at the Atlantic Council. The latter, like many other Western think tanks, regularly publishes research devoted to proving the existence of Russian attempts to interfere in the internal affairs of Western countries and proposing ways in which they can counter this alleged "threat".

The IRSEM study recalls that back in February 2017, Macron's digital manager accused Sputnik of publishing "fake news" about his employer from the "very beginning of [the election] campaign". The author of the paper, Vilmer, claims that this "disinformation campaign" began when the French edition of Sputnik published a report about statements by WikiLeaks founder Julian Assange, in which he revealed that he possessed "interesting information" about Macron, albeit without specifying whether it was compromising in any way.

Referring to the Sputnik article as “menacing”, the IRSEM report draws parallels to the 2016 US presidential election and WikiLeaks’ publication of Democratic National Committee (DNC) emails. At the same time, the paper didn't elaborate any further on how exactly reporting on an interview with a famous whistle-blower, in which no compromising information about Macron was published, was able to affect the outcome of the election. It also failed to mention that WikiLeaks' threats, covered by Sputnik, were not limited to Macron, but also touched his main opponent in the second round, Marine Le Pen.

The IRSEM head admits in the report that Sputnik didn't publish any "fake news" during the election campaign in France, but instead accused it of "information manipulation". Vilmer claims that the Russian media outlet had expressed "a strong bias" by allegedly leaving out important information and by "hiding behind the quotations" of the "right people".

While failing to present any proof that Sputnik had omitted any important facts in its articles, the researcher instead tried to substantiate his claim by indicating that Sputnik had interviewed only two persons, who happen to be members of the French Parliament - Thierry Mariani and Nicolas Dhuicq - in regards to the upcoming election. However, a simple search on the news outlet’s website reveals that in reality Sputnik had interviewed far more contributors on the topic, such as Jacques Lamblin, another member of the country's parliament, as well as various European lawmakers and pundits.

The paper proceeds to claim that Sputnik covered the election in France with "a distinct bias against Macron". According to Vilmer, this was expressed in a strategy of giving a deaf ear to scandals involving other contenders for the presidency, such as "the Kremlin’s favoured candidate", Marine Le Pen, and instead focusing on "rumours" about Macron's alleged offshore accounts.

The IRSEM research insisted that most of Sputnik's articles were devoted to the "invented Macron affair" involving offshore accounts while it "defended Le Pen and amplified her party". However, the paper does not include any factual proof of a discrepancy in the coverage of Macron-related scandals and controversies involving his rivals. It also fully omits the actual fact that Sputnik covered the latter.

France was the second Western country to try to blame Russia for interfering in its domestic affairs. This was preceded by an attempt by the US Democratic Party, and specifically its candidate Hillary Clinton, to shift the blame for the defeat in the 2016 presidential election on to supposed meddling by Moscow.

This blame-game later became a trend among Western governments and political parties in countries such as the UK, Germany, and Spain, to name only a few. But just as in the case of the US, none of these states managed to provide any credible evidence to substantiate the claims, at best referring to obscure "intelligence reports". Moscow has repeatedly pointed out this lack of underlying proof when rejecting these groundless accusations

Notably, following Macron's victory in the elections his team abandoned the narrative for a while, only to return to it in February 2019, accusing Moscow of "orchestrating" the Yellow Vest rallies, which demanded Macron's resignation, and pointing to Sputnik and RT for this purpose. However, earlier reports by local news outlets said that the French intelligence services' investigation had failed to find any signs indicating that the Russian media was able to impact French domestic affairs.