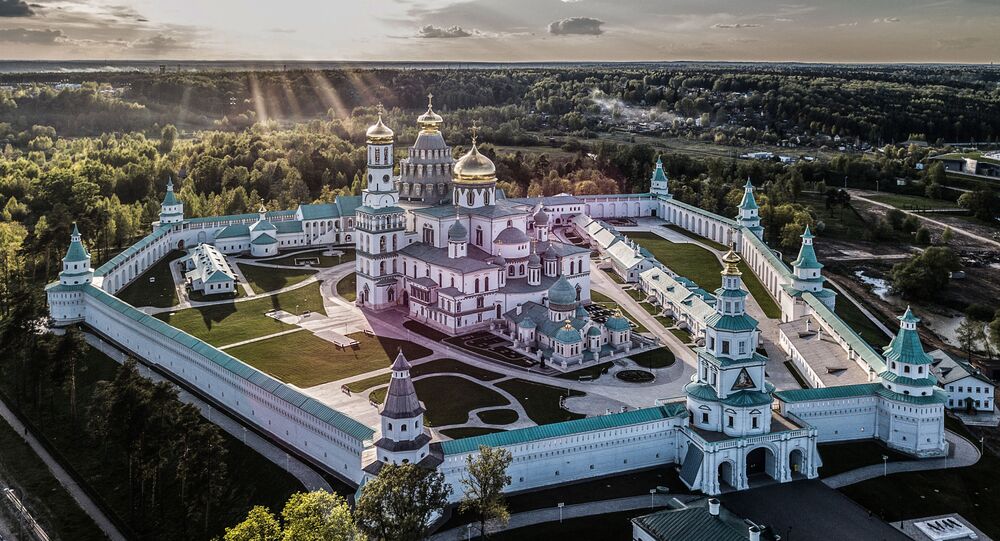 VALAAM, Russia (Sputnik) - The Holy Synod of the Russian Orthodox Church has expressed its concerns about the situation in Montenegro where the authorities have been seeking to create the so-called autocephalous Orthodox church.

"The Holy Synod of the Russian Orthodox Church expresses profound concern over the worsening situation with the dioceses of the Serbian Patriarchate in the territory of Montenegro where during several years the unity of Orthodoxy has been suffering from the schismatic actions of the so-called Montenegrin Orthodox Church … We take the recent initiatives of the Montenegrin authorities with concern and call upon them to stop discrimination and frustration of the unity of the Serbian Orthodox Church. We raise our voice in [its] defence", the statement, published on Department for external church relations of the Moscow Patriarchate (DECR) on Tuesday, read.

In the statement, the Holy Synod specifically expressed its concern about the draft law on the freedom of religion and beliefs and legal status of religious communities, released by Montenegro's authorities last May.

The document entailed discriminatory measures, including the seizure of the Serbian Patriarchate's properties, such as buildings and monasteries by the government, the statement argued.

According to the press release, the Holy Assembly of Bishops of the Serbian Orthodox Church (SOC) characterised this draft law as "anti-European" and representing a "direct interference into internal Church affairs".

In December, Montenegrin President Milo Dukanovic said that the country's leadership would seek independence of the "autocephalous Montenegrin church" from the SOC. Archpriest Velibor Jomic, the coordinator for the legal counsel of the SOC Metropolitanate of Montenegro and the Littoral, then said that the Montenegrin authorities had denied the right to stay in the country to 10 per cent of the Serbian clergy in the course of several months.

Irinej, the SOC patriarch, has said there have been similarities between the church schism in Ukraine and similar attempts to create an "autocephalous church" in Montenegro.