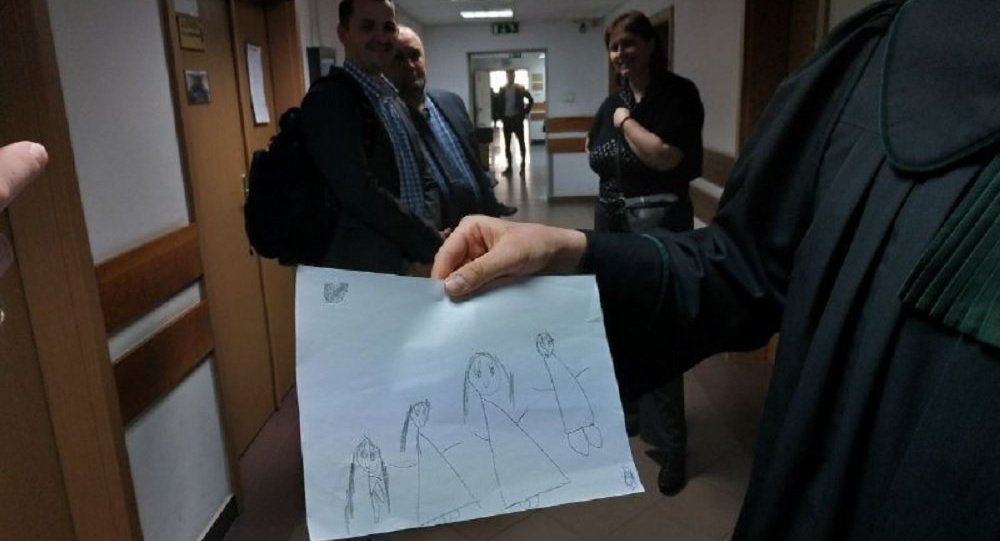 The judge described the Muslim family, where the Russian's daughters were placed, as a culturally and mentally alien environment for the Christian girls.

A Warsaw district court has rejected a demand by Sweden to expel Russian national Denis Lisov, who took his three daughters back from a Muslim family and sought asylum in Poland.

According to the ruling, Lisov was put in a “hopeless situation”, because his children had been taken away with impossible conditions for their return. Lisov's three children were seized by the Swedish authorities “solely under the grounds of their mother's mental illness”. As Lisov himself emphasised, the social services never accused him of parental negligence. The judge also noted that children are “emotionally attached” to their father and are safe with him, as opposed to the foster family.

“With their actions, the Swedish authorities directly violated the rights of the children, depriving them of fatherly love”, the judge said. He described the Muslim family, where the children were placed in Sweden, as a “culturally, mentally, and religiously alien culture”, which could adversely affect their health.

According to Lubowski, the threat of deportation and new separation from the father was a heavy burden for Lisov's eldest daughter, Sophia.

Lisov himself stated that he has done “everything possible” for his daughters' well-being. He described the perspective of being separated from his girls as “the worst thing that may ever happen”.

​The court's decision has been welcomed in both Poland and Russia.

“Good decision by the court in the case of Mr Denis Lisov, everyone remains in Poland. The identity of children is key. Thanks to the Court. Thanks to the Prosecutor's Office! The children's welfare has won. Nice to be Polish”, secretary of state in the Polish Justice Ministry and MP Michal Wojcik tweeted.

​Anna Kuznetsova, Russian children's ombudsman, welcomed the Polish court's decision, thanked the Polish side for assistance, and stressed Russia's readiness to support the family. She also wished for stability in the Lisov family.

The Lisovs used to lived in Sweden. In 2017, the girls' mother was taken to a hospital with a mental breakdown, whereupon the children were sent to a Muslim foster family from Lebanon 400 kilometres from home on the premise that their father was unable to provide the necessary care.

In April, Lisov and his daughters aged four, six and 12 respectively were stopped at the Warsaw Airport while attempting to board a plane to Moscow. Sweden issued a European arrest warrant, accusing Lisov of kidnapping and demanding his extradition. The Russian father subsequently applied for refugee status in Poland.

Lisov previously announced his intention to find a job and arrange kindergarten and school for his daughters. By his own admission, he has already received several job offers. His eldest daughter currently goes to school at the Russian Embassy in Warsaw.

In Sweden, social services are empowered to forcibly place children and young people up to the age of 19 in custody at a moment's notice owing to legislation in place that allows intervention in order to “protect” children or youths in an emergency situation.