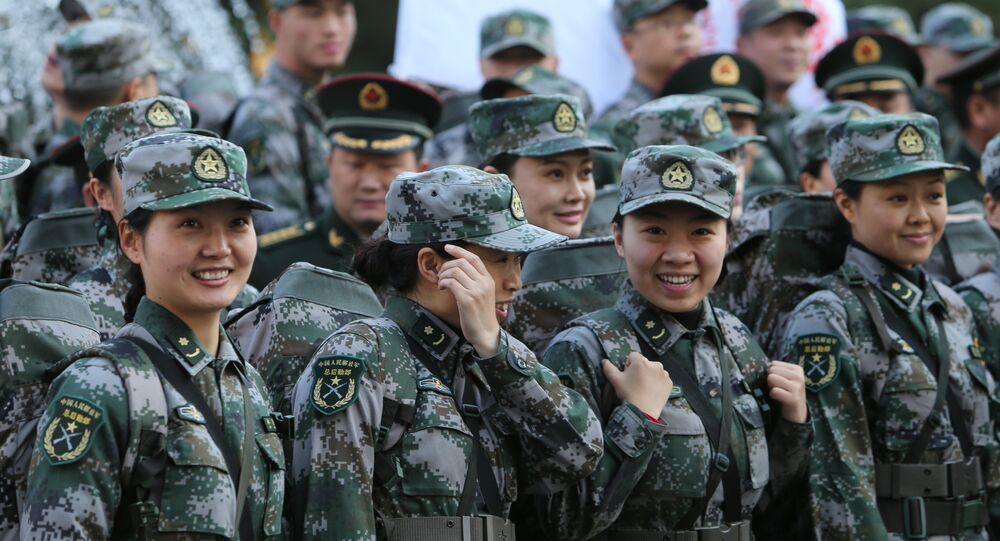 For the first time, Chinese medics and their armored equipment are traveling to Europe to train with a NATO power.

Roughly 100 medics and an array of field equipment have traveled to Feldkirchen, Germany, to train with German army medics in two weeks of exercises, the South China Morning Post reported Tuesday. “Combined Aid 2019” will see roughly 120 medics and an equal number of support personnel from the Bundeswehr link up with their Chinese counterparts to practice humanitarian rescues as well as responding to international incidents.

Among the scenarios they’ll rehearse from July 3 through 17 include a cholera outbreak inside a refugee camp, a mass casualty event caused by a bomb striking a UN vehicle and a situation in which there are groups of injured people in several different locations, SCMP reported.

“Through this joint exercise, the Chinese and German military paramedical forces will further enhance their capacities in joint operations, emergency response and coordinated rescue. Our experience will provide valuable references for international joint humanitarian medical rescue,” Senior Colonel Song Yu, a member of the Chinese Steering Team in the joint exercise and also an official from the Health Bureau of the Chinese Central Military Comission’s Logistic Support Department, said in a Ministry of National Defense statement Monday.

Song said that Chinese medics were looking to learn from their German counterparts about medical support equipment, and that the Germans were interested in Chinese experience with medical rescues following natural disasters and in preventing epidemics, as well as in their equipment.

“Through the platform of the joint exercise, China and Germany can learn from each other, which will play a positive role in further developing their own equipment and technology, enhancing their own medical support capacities and consolidating friendship between the both militaries,” the senior colonel said.

Retired PLA colonel Yue Gang told SCMP the joint exercise represented a breakthrough in relations between China and NATO, the mutual defense alliance that includes dozens of European countries as well as Turkey, the US and Canada.

“Given that NATO has been suspicious and wary of China’s military development, and this is a member of NATO , this breakthrough underscores the considerable trust-building taking place between Germany and China, and it may even set an example for others to follow,” Yue said.

The Bundeswehr said in a July 3 press release that the exercise was “unique in the military cooperation of both states and creates the preconditions for being able to interact in medical terms in a combined UN scenario.”

US military leaders have identified China in recent years as one of a number of “revisionist powers” seeking to upend the global order, noting that preparing for a conflict with China and Russia is now more important to US military planning than its War on Terror.

Xinhua News Agency noted that while this is the first appearance of Chinese soldiers - or Chinese armored vehicles - in Europe, it’s not the first time the two militaries have cooperated in such a way. In 2016, a similar medical exercise was hosted in China’s Chongqing and simulated responding to an earthquake.