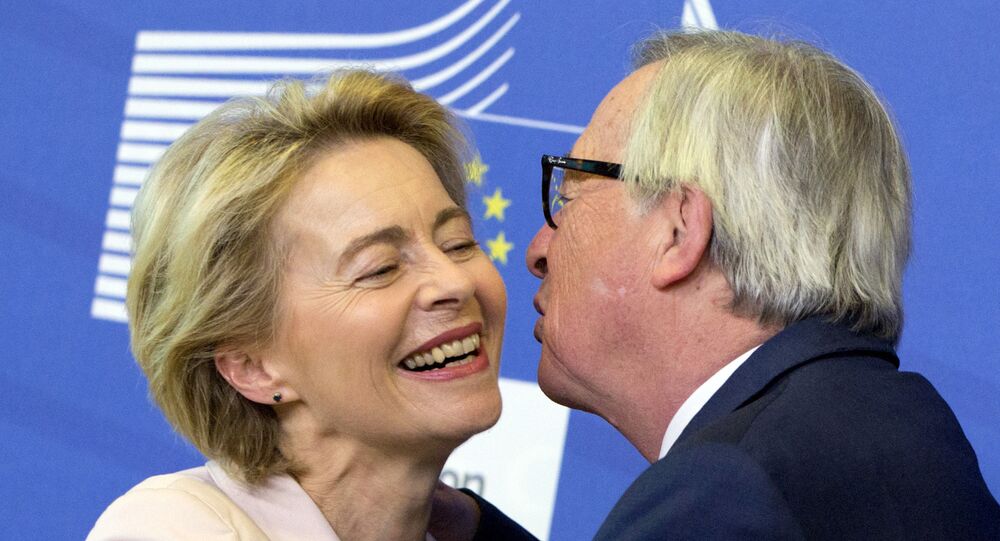 The presidential hopeful, who may replace outgoing president Jean-Claude Juncker, said at a European Parliament hearing that the Irish backstop was “precious, important and has to be defended”.

Ursula von der Leyen, the European Commission’s next president, said that she would back the Irish backstop in the UK’s Brexit plan to prevent border controls from building up along the border between Dublin and Belfast, Reuters reported on Wednesday.

The Christian Democrat, who faced an inquiry by lawmakers from the Renew Europe liberal group on Wednesday prior to a vote on her candidacy next week, also warned against newly-appointed Brexiteer MEPs pushing for a no-deal, stating “I hope you still remain” and urged UK leaders to "sort its side of things on Brexit".

"Though I still hope you remain, it is in our interests to have you sort things out,” Mrs Der Leyen said in a press statement. "We have an agreement - which hasn't been signed on both sides - and we have the backstop."

She also said that outgoing UK prime minister Theresa May’s Brexit plan was "a good one", and called on Leavers Boris Johnson and Jeremy Hunt to watch their "tone and attitude" on Brexit so that both sides could maintain good relations.

But many Brexit supporters disagreed, stating that the EU showed "no respect for democracy" and that the EU contender needed to "face reality".

​Von Der Leyen, 60, is campaigning to gain the backing of over half of 751 votes from MEPs in the EU Parliament. Whilst most expect her to secure a landslide victory, others have criticised her candidacy after MEPs voiced concerns that national leaders had selected her over other prospective candidates following European parliamentary elections in late May.