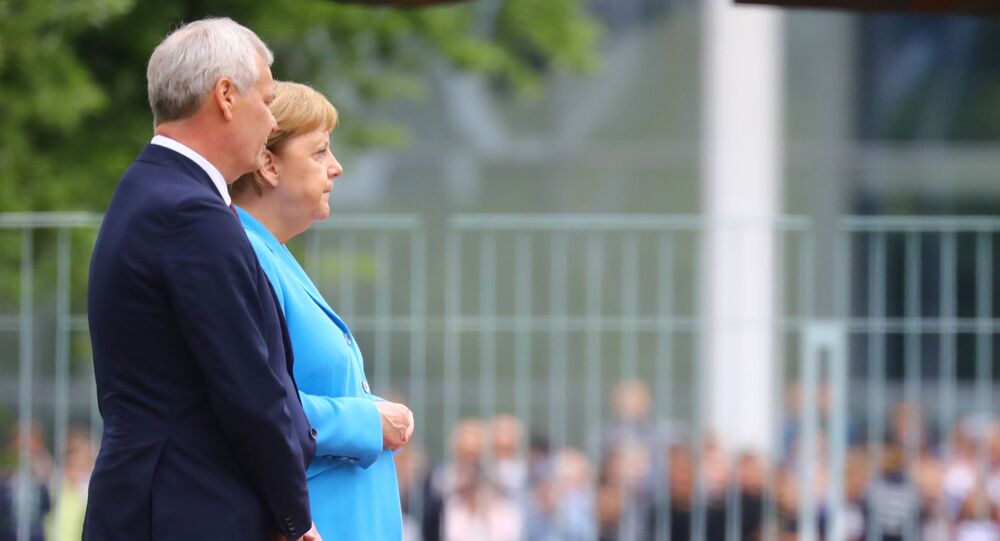 The German Chancellor has been spotted trembling uncontrollably two times in recent weeks. The first shaking episode happened on 18 June as Merkel greeted newly elected Ukrainian President Volodymyr Zelenskiy. Merkel has toned down the concerns about her condition saying that the shaking bouts were caused by dehydration.

Angela Merkel has once again become the centre of attention after she was seen shaking while receiving Finnish Prime Minister Antti Rinne in Berlin.

#Angela #Merkel just can't stop shaking, she was seen shaking for 3rd time while receiving Finnish Prime Minister #Antti Rinne in Berlin. Maybe she should include a bottle of water in her diplomatic protocol next time. pic.twitter.com/NvO8g5ESXD

The chancellor's body began trembling while she was watching military honours to mark the arrival of Finland’s head of government.

A German government spokesperson has commented on Merkel's condition, saying that she was doing "fine".

"The chancellor feels good, and talks with the Finnish prime minister are going on as it has been scheduled", the representative said.

German Chancellor Merkel later addressed this newest episode herself saying that she felt fine and there was no reason to worry. Speaking at a press conference, the German leader said she was convinced she is fit for work.

The first time she was seen shaking while receiving the new Ukrainian president Volodymyr Zelenskiy on 18 June. Responding to the reporters about the trembling, Merkel said that she felt better after she had at least three glasses of water.

The second time this condition appeared was on 27 June when Merkel attended an official ceremony to appoint a new justice minister in Berlin. She was seen holding her arms across her chest, while her legs appeared to be visibly trembling.

Germany’s 64-year-old chancellor later brushed off the concerns about her health, telling reporters that she was doing well and her condition was caused by mere dehydration.

Merkel, who turns 65 next week, has been leader of the centre-right Christian Democratic Union (CDU) since 2000, and chancellor of Germany since 2005. She's been re-elected three times. The long-time head of Europe's strongest economy has also been called the most powerful woman in the world. Last October, Merkel announced that she would not be run for another term in office following setbacks in the 2018 elections.