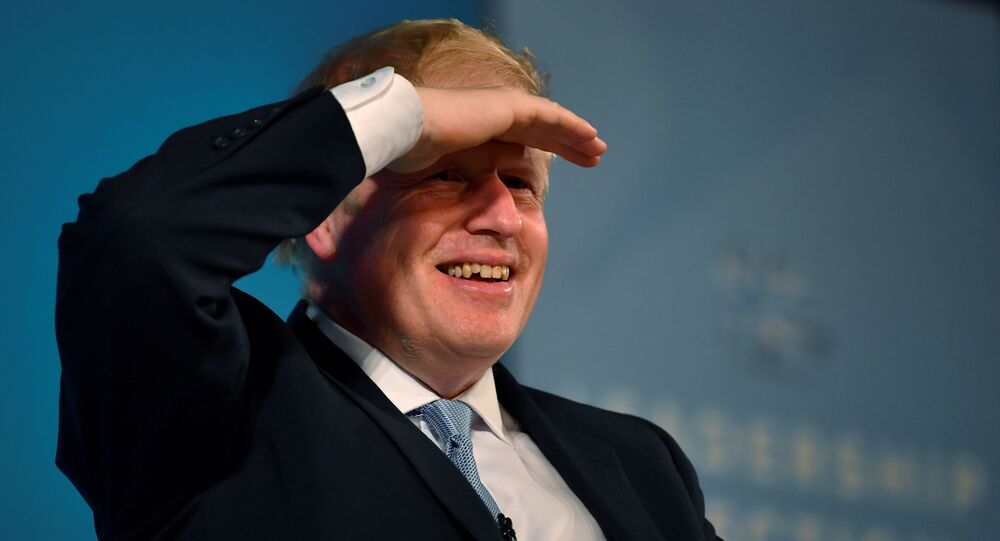 During last night's live TV debate on ITV, British Prime Ministerial candidates Boris Johnson and Jeremy Hunt clashed over Brexit and a political scandal around leaked memos by the UK Ambassador to the US, in which he described President Trump as “inept”.

UK Prime Ministerial hopeful Boris Johnson has pledged to do his best to help get Britain off the “hamster wheel of doom” and deliver Brexit in three months.

He made the promise during Tuesday’s live ITV debate with Foreign Secretary Jeremy Hunt as the two men vie to win the Conservative Party’s backing in a postal vote that will decide who replaces Theresa May in Number Ten Downing Street.

Focusing on Brexit in his speech, Johnson warned that the UK “faces a momentous choice” and that the government may “continue with the same old, failed, can-kicking approach, destroying trust in politics, sapping business confidence”.

“Or else we can change, get back our mojo, restore this country's reputation around the world and put ourselves on the path to long-term success”, Johnson emphasised, berating Hunt’s reluctance to stick to a firm deadline to withdraw Britain from the EU.

“How about by Christmas?" Johnson jokingly said, describing Hunt as a "defeatist" with a "papier-mache deadline" for Brexit.

Johnson also concentrated on the current diplomatic row between London and Washington over leaked memos by UK Ambassador Kim Darroch, in which he called President Donald Trump “inept” and “incompetent”.

Arguing that Trump had been "dragged into a British political debate", Johnson refused to join Hunt in slamming the White House and the US president.

The former mayor of London admitted that he "wasn't sure" that Darroch's remarks were the "right thing to do", but declined to elaborate on whether the ambassador would keep his job if Johnson became PM.

"I and I alone will decide who takes important politically sensitive jobs such as the UK ambassador to the US”, Johnson pointed out.

Additionally, he touched upon tax policy and pledged to cut taxes for the wealthy.

"My agenda would be to focus on those who are hardest pressed”, Johnson said, vowing to increase National Insurance thresholds for those on low incomes.

Johnson referred to UK public servants who he claimed were being "dragged into the higher rates of taxation and that seems to me to be a legitimate subject for Conservatives to focus on and to want to fix as well".

On 20 June, Johnson along with Hunt secured their places as the final contenders for the Tory leadership after Prime Minister Theresa May earlier announced her decision to step down over Brexit-related mishaps.

The next UK PM is poised to be announced on 23 July, with Johnson remaining the frontrunner after gaining 162 votes in the final parliamentary vote for MPs last month.