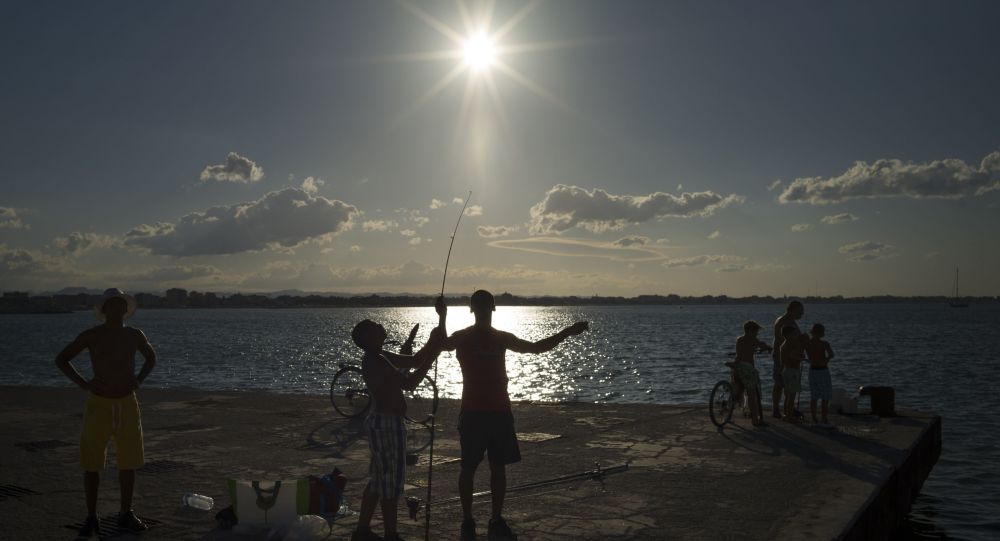 A 37-year-old man has shocked guests on one of Rimini’s beaches after he started pleasuring himself in public, all the while clenching a knife in his hand. When the police arrived, the man was reportedly surrounded by an infuriated crowd. He turned his rage against the police and reportedly threatened them: “I will kill you... I'm an Arab man!”

Italian police have arrested 37-year-old Egyptian Ahmed Mohamed Walid Abdelshafi who scared beachgoers in one of Italy’s most famous resort towns, Rimini, the local outlets AdnKronos and Il Messaggero report. He was charged with public indecency as well as resisting law enforcement and serious threats to public officials.

It was a Russian woman spending time on one of the beaches with her son and three other children, who informed a local bar owner about a scary stranger, who sat next to her family and started masturbating, all while panting and holding a knife in his fist. The lifeguard and beach staffers rushed to the scene close to a playground, where the man had been spotted. He was surrounded by angry parents, who reportedly argued and even pushed around the suspected offender before the police arrived. Law enforcement personnel are said to have saved him from being lynched, the local media suggest.

After he was brought to the police station, Abdelshafi reportedly pushed and tugged one of the officers before he was tackled to the ground. It was discovered that he also had hematomas and scratches that are said to have been inflicted during the earlier altercation. The suspect was taken to a hospital, where he was diagnosed with a right rib fracture.

While he was there, the man allegedly threatened the radiology technicians and shouted at them "I'll kill you”, mimicking the gesture of putting a knife to his throat.

"I know a lot of people, I will send people who kill you and your families to your houses. When I go out I kill you with a knife, I'm an Arab man”, he cried, grabbing a metal pole and trying to hit people with it.

He is also said to have threatened the policemen, promising to accuse them of inflicting bodily harm: "Tomorrow in court I will tell the judge that you broke my rib, so you will pay me”.