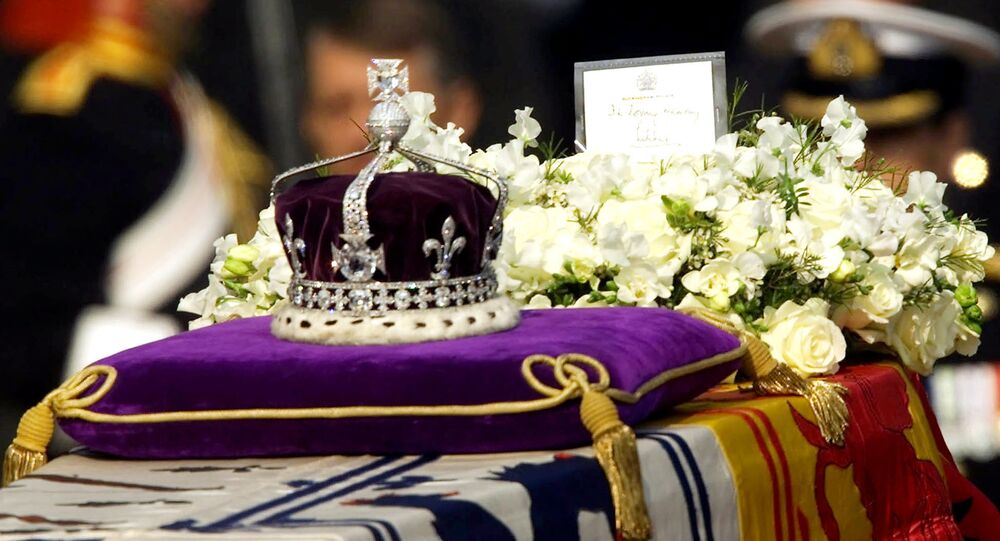 The man had one job: to watch over CCTV cameras to stop people from entering The Tower, where $6 billion worth of culturally significant jewels are kept. Instead, he succumbed to his lowest promptings.

A man responsible for protecting the UK’s most historically and politically important and absolutely irreplaceable Crown Jewels was photographed watching an X-rated movie on his phone instead of monitoring the CCTV cameras, The Sun reported Sunday.

His colleague sneaked up on him and made the photo, which he later shared in a WhatsApp group “in a light-hearted way.”

The insider close to the matter told The Sun that “no one has told the bosses so he still has his job.”

However, the source slammed the guard, saying that “the guards are there to protect the country’s most valued collection of jewelry and not to watch X-rated videos,” and pointing out that if “someone who was a potential threat wanted to walk in, I bet [the guard] wouldn’t notice a thing.”

The scandal comes just months after four Tower of London guards were fired for exposing themselves on camera, the edition noted. According to the report, superiors suspected that the four were taking Class A (the heaviest) drugs while on duty.

The so-called Crown Jewels of the United Kingdom is a collection of 140 ceremonial objects, including crowns and the robes worn by British monarchs during coronation ceremonies. Most were made after the meltdown ordered by Oliver Cromwell in the 17th century. Their total worth has been estimated in 2018 at 4 to 5 billion pounds, or over $6 billion.

“Security is of the utmost importance to us,” the Tower spokesman said, according to The Sun. “We take these matters extremely seriously and will be conducting a thorough investigation.”