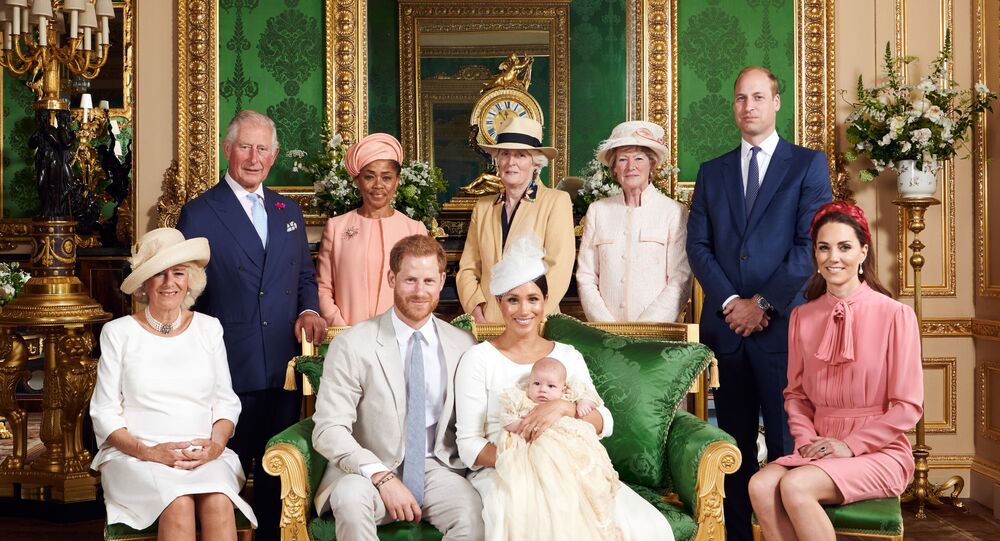 Archie Mountbatten-Windsor was christened by the Archbishop of Canterbury in a private ceremony at Windsor Castle on Saturday, with two official pictures of the day shared with royal fans on Instagram.

Fans celebrating Archie Mountbatten-Windsor’s christening on Saturday were treated to two photos of the enchanting two-month-old royal baby in his mother’s arms.

However, while pouring over the official photos shared on Instagram, many were puzzled by the facial expressions of his uncle, the Duke of Cambridge, who seemed to them both “'sour” and “not amused”.

William doesn't look happy at all!! And Kate has a forced smile on her face.

What’s wrong with William’s face? He big 😡 about something?

William and his Aunts are not amused

​Some Twitter users claimed the Duke of Cambridge, 37, did “not look amused” and was “trying not to smirk” in the official photoshoot at Windsor.

Zoom in on William's face!!!
He is having NONE of this!

​According to others, Kate, 37, who was sat on the far right of the picture with her husband, “didn't look thrilled to be there.”

Another person tweeted: “Did you see how the body language was in the pic? Huge pace in between the two couples and William looks so sour in the face!”

Kate doesn't have a real smile on her face. She looks pained. William looks like he smelled something terrible. They don't look thrilled to be there.

Did you see how the body language was in the pic? Huge pace in between the two couples and William looks so sour in the face! 😂

Genuinely can't get over the look on William s face....he knows something ain't right

​MailOnline was told by body language expert Judi James that the Cambridges' poses were in stark difference to Archie's grandparents at the other end of the picture.

According to her, Kate's “ready to flee” pose was either a sign of awkwardness, or desire to “lower her status to not upstage” Harry and Meghan. James compared Prince William's pose to a “nightclub bouncer”, pointing out his “fig-leaf hand gesture”, the tilt of his head and facial expression. 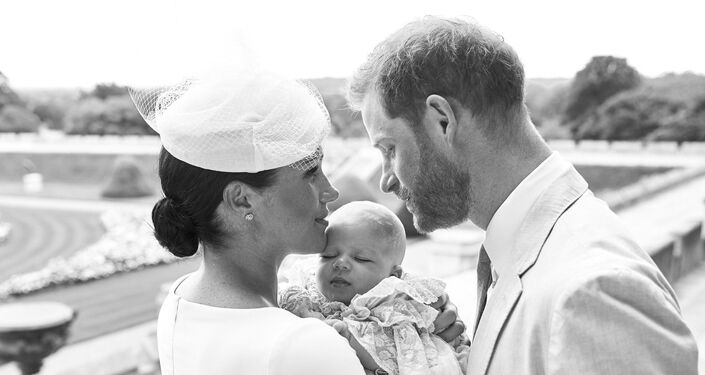 © REUTERS / Chris Allerton/Pool
The Duke and Duchess of Sussex

Baby Archie was christened by the Archbishop of Canterbury in a private ceremony in Windsor on Saturday and two official pictures of the day were shared with fans on Instagram.

In the caption the Sussexes said they felt “happy to share the joy of this day with members of the public”.

The photoshoot at the Green Drawing Room at Windsor Castle showed Meghan, 34, and Prince Harry, 37, posed with members of their family.

Alongside the proud glowing parents were Duchess of Cornwall, the Prince of Wales, Ms Doria Ragland, as well as the Duke and Duchess of Cambridge.

In a tribute to Harry's mother, Princess Diana, her sisters Lady Jane Fellowes and Lady Sarah McCorquodale were also in the official picture.