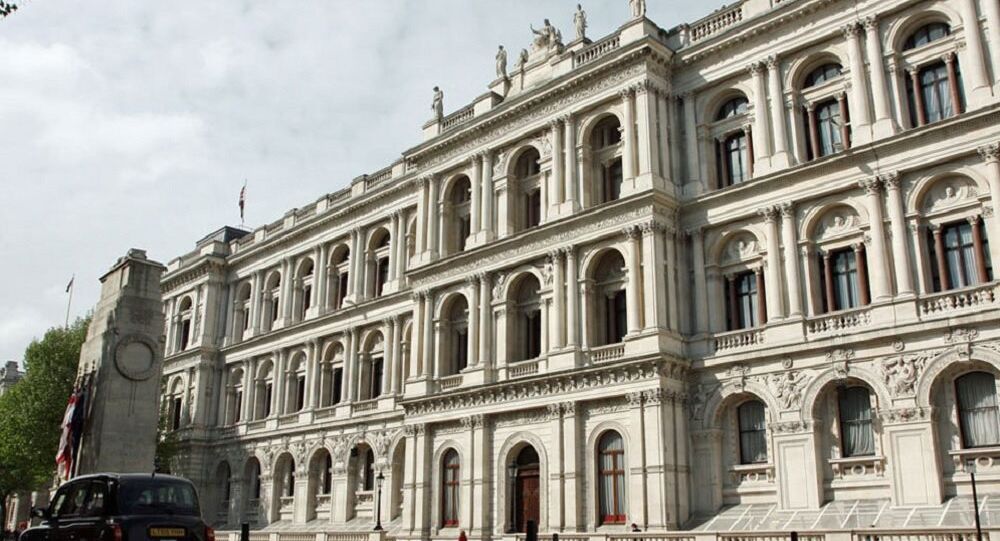 In cables to the UK Foreign Office, the British ambassador to Washington provided a particularly “candid,” “unvarnished” and “honest” assessment of the Trump administration. The UK Foreign Office says that’s the way it likes it to be.

UK Ambassador to the US Sir Kim Darroch, in cables to the Foreign Office, reportedly acknowledged that US President Donald Trump is “inept,” “insecure” and “incompetent,” CNN reported Saturday. The leaked cables were originally published by The Daily Mail.

In the cables, dating from 2017 to today, the ambassador warned his bosses that Trump’s “career could end in disgrace” and described conflicts within the administration as “knife fights,” the report says.

The diplomat disclosed that while talking to the US president “you need to make your points simple, even blunt.”

In a more recent memo, Darroch referred to US policy on Iran as “incoherent” and “chaotic,” arguing that Trump’s decision not to retaliate for a downed spy drone was motivated by his focus on the 2020 re-election. During his 2016 campaign, Trump vowed to get out of foreign wars and bring every American soldier fighting in foreign wars home.

“[It is] unlikely that US policy on Iran is going to become more coherent any time soon” as “this is a divided administration,” the memo reads.

"The British public would expect our Ambassadors to provide Ministers with an honest, unvarnished assessment of the politics in their country. Their views are not necessarily the views of Ministers or indeed the government. But we pay them to be candid. Just as the US Ambassador here will send back his reading of Westminster politics and personalities," the official said.

Darroch claimed that Trump has a habit of consulting with friends outside of the White House on policy issues. Many of those ‘friends’, the ambassador writes, were “cultivated” by London and therefore could be used to manipulate the president.

“You want as many as possible of those who Trump consults to give him the same answer,” the ambassador wrote home. “So we need to be creative in using all the channels available to us through our relationships with his Cabinet, the White House staff, and our contacts among his outside friends.”

It would not be far-fetched to assume that the publication of his statements could spell the end the ambassador’s tenure in Washington.

According to CNN, there is a possible explanation to the diplomatic scandal, as the leak has been made public as the UK Conservative Party elects a new prime minister to replace outgoing Theresa May.

The most likely candidate is former Foreign Secretary Boris Johnson, a hardline Brexiteer. If Johnson takes the UK away from the EU, he will need to negotiate a new trade agreement with the US, and will arguably require a like-minded ambassador, according to the CNN report.

UK Brexit party leader Nigel Farage has already called on the Darroch to step down.

“The sooner he is gone the better,” Farage, a long time proponent of Trump’s, said, according to The Daily Mail.