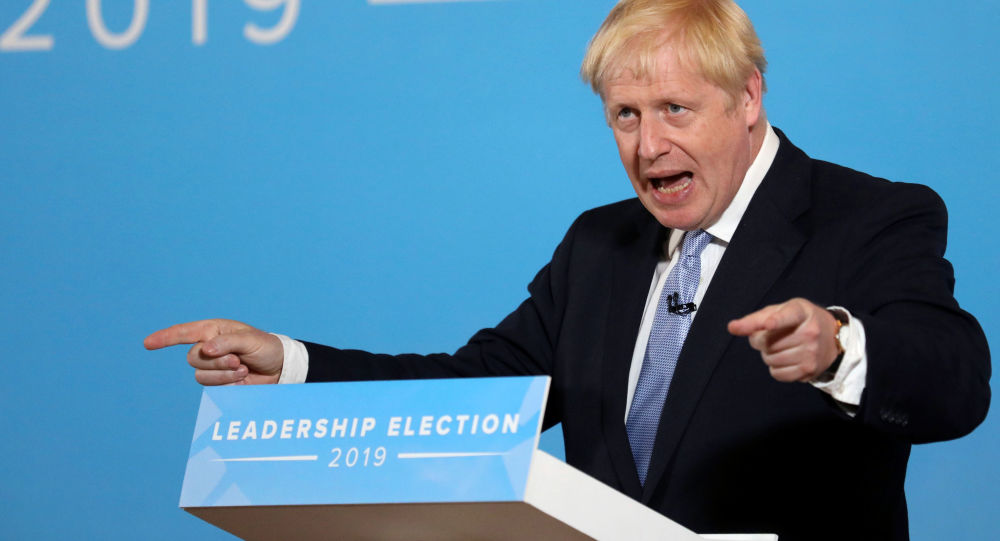 Tory leadership frontrunner Boris Johnson attended a hustings in Darlington on 5 July, saying he is “fighting for every vote” as under three weeks remain before the new prime minister is named.

Tory leadership hopeful Boris Johnson has demanded that immigrants in the UK learn English because “there are too many parts of the country where it is not the first language.”

Attending a Tory leadership hustings in Darlington on Friday, the ex-mayor of London also said he wants immigrants “to be and feel British”. Citing Bangladeshis and Jewish refugees as examples of successfully adapting, he said:

“That's what I want for our country, I want everybody who comes here and makes their lives here to be and to feel British,” he said. “That's the most important thing. And to learn English.”

“Too often there are parts of our country and parts of London still and other cities as well where English is not spoken by some people as their first language.”

As part of his campaign pledges, Boris Johnson has vowed to clamp down on immigration after Brexit by introducing a points-based system if he becomes prime minister.

The Tory leadership frontrunner said he would seek to bring in an Australian-style system that would judge prospective immigrants on the contribution they could make to the UK.

Johnson insists the country needed to be more open to highly skilled immigrants and tougher on those who have “abused” the UK’s “hospitality”.

“We will restore democratic control of immigration policy after we leave the EU,” Johnson said at a digital hustings in late June.

“We must be much more open to high-skilled immigration, such as scientists, but we must also assure the public that as we leave the EU we have control over the number of unskilled immigrants coming into the country,” he added.

The government has already introduced a new immigration bill, which ends freedom of movement for EU nationals, though it does not specify the shape of the immigration system from 2021.

With under three weeks to go before a new PM is named, the battle for 10 Downing Street is heating up.

Boris Johnson and Jeremy Hunt continue to make their pitches to win over votes. Johnson is the clear favourite over Foreign Secretary Hunt, having promised that he will ensure the UK leaves the EU at the end of October “come what may”.

Conservative Party members have begun receiving their ballot papers to choose the next prime minister.
The winner of the contest is to be announced on 23 July and will take over from Theresa May a day later.