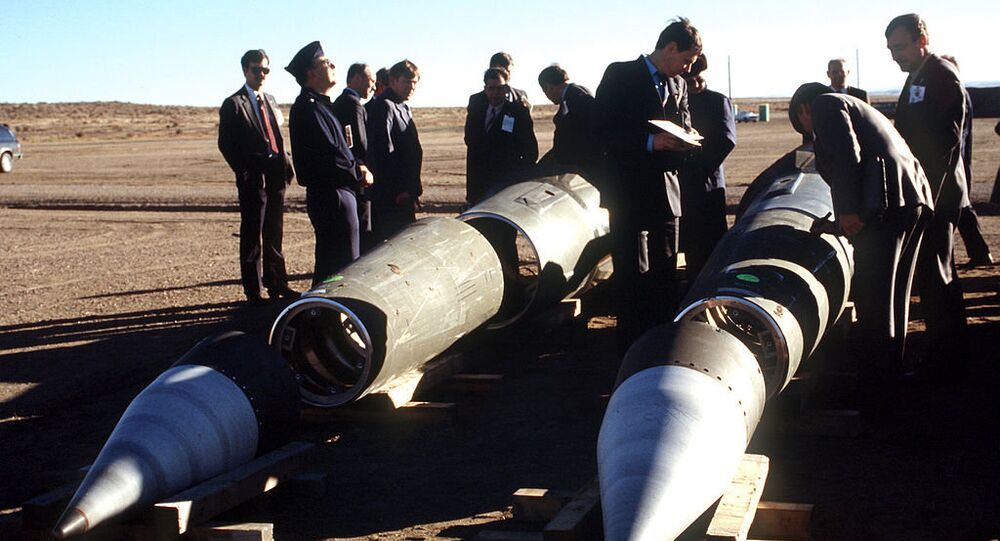 WASHINGTON (Sputnik) - The United States and Russia are headed towards a nuclear confrontation in the heart of Europe unless they reaffirm or amend the Intermediate-Range Nuclear Forces (INF) Treaty, former European Union (EU) consultant Paolo von Schirach told Sputnik.

"Are we going to see a new nuclear confrontation in the heart of Europe, decades after the fall of the Berlin Wall?" Schirach, now president of the Global Policy Institute think tank in Washington, DC asked. "Decades after the end of the Cold War this makes no sense… Hopefully, both sides will see this, and decide to negotiate in good faith to either reaffirm the INF Treaty or perhaps to amend it in order to adapt it to changed circumstances."

There was still time, he added, to avert the rapidly growing dangers of a nuclear security crisis in Central Europe, Schirach advised.

"This can be avoided… Both Russia and the US would have the opportunity to allow the weapons now under scrutiny to be inspected by the other side in order to prove that they are indeed in compliance with the terms of the INF Treaty", he said.

The INF treaty, signed in 1987, required both parties to eliminate and permanently forswear all of their nuclear and conventional ground-launched ballistic and cruise missiles with ranges of 500 to 5,500 kilometres (310 to 3,417 miles).