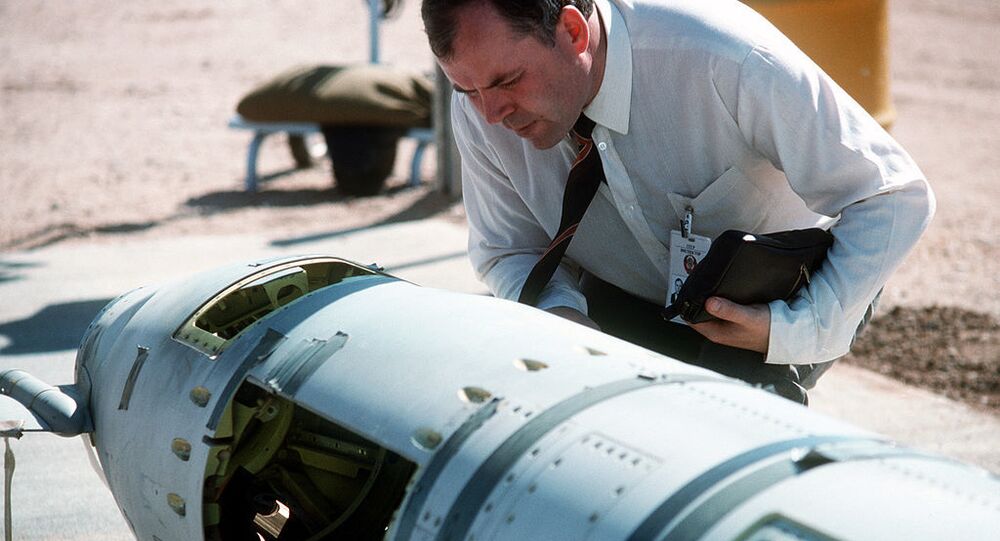 Earlier on Friday NATO Chief Jens Stoltenberg said that the alliance would respond with coordinated “defensive” measures in the event of the termination of the Intermediate-Range Nuclear Forces Treaty.

Russia will provide a mirror response to the deployment of mid-range and low-range missiles in NATO nations in Europe, according to the First Deputy Chair of the Russian Federation Council, Vladimir Dzhabarov.

Meanwhile, Russia's permanent mission to the alliance said Friday, after a meeting of the NATO-Russia Council, that Moscow considers NATO's attempts to blame the destruction of the Intermediate-Range Nuclear Forces (INF) Treaty on Moscow groundless.

"We pointed to the fact that attempts to pin the blame over the destruction of the INF Treaty on Russia were groundless", the mission said in a statement.

Russia stressed the need for restraint, the mission said. Russia confirmed that, should the United States quit the treaty, Moscow did not plan to install any "relevant weapons in Europe and other regions as long as there are no US missiles of short and medium range there."

"We stressed that further inflaming the political and military situation in Europe carried real risks", the statement said. "We have called on the NATO countries to make a similar statement", the mission added.

"The Parties had an information exchange on important exercises of NATO and Russia to increase the predictability of military activities and prevent misperceptions of each other's intentions. The Russian Side noted the demand for intensifying mil-to-mil contacts", it said.

On Wednesday, Russian President Vladimir Putin enacted the official suspension of Russia's participation in the 1987 INF Treaty. The move came months after the United States suspended its obligations under the accord on 2 February and warned that it would launch a withdrawal process which would be completed in six months unless Moscow remedied the country's alleged violations of the deal. Russia pledged to act proportionally.

The INF Treaty was signed in 1987 by then-leader of the Soviet Union Mikhail Gorbachev and then-US President Ronald Reagan. Under the agreement, the leaders agreed to destroy all cruise and ground-launched ballistic missiles with ranges between 500 and 5,500 kilometres (310 and 3,400 miles).