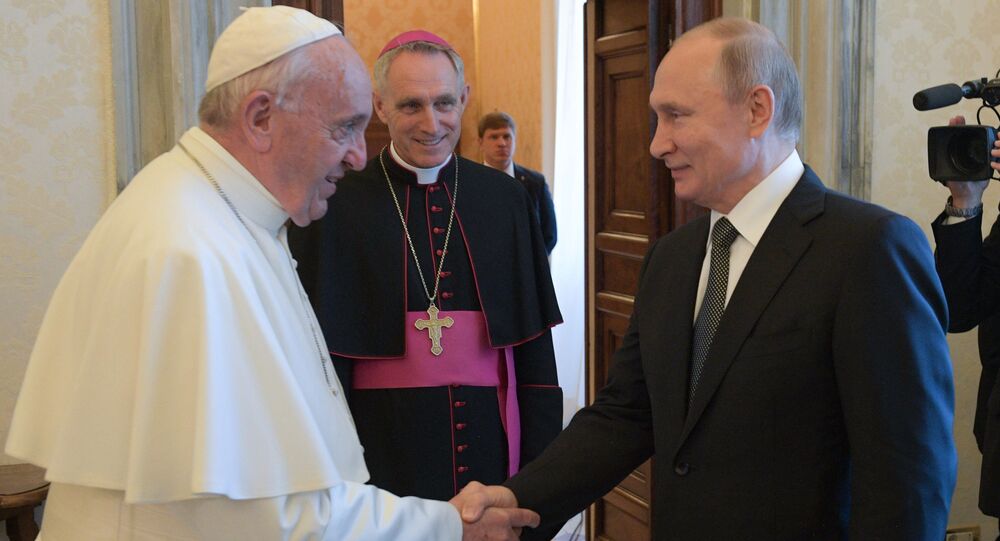 The Russian president also mentioned what kind of books the pope always has lying on his desk, though he did not specify the books’ titles.

While attending a dinner with representatives of the Russian-Italian Civil Society Dialogue Forum, hosted by the Italian government at Villa Madama, Russian President Vladimir Putin has shed the light on some of the things he discussed with Pope Francis at their recent meeting at the Vatican, pointing out that the pontiff gave his approval to disclose this portion of their conversation.

The president revealed that the pope always has books by Leo Tolstoy and Fyodor Dostoevsky lying on his desk, though he did not specify the books’ titles, and that the pontiff argued that "without Dostoevsky’s books, without understanding the depth of his philosophy, one cannot be a true priest".

"You know, that speaks volumes. That speaks about our common spiritual roots", Putin remarked.