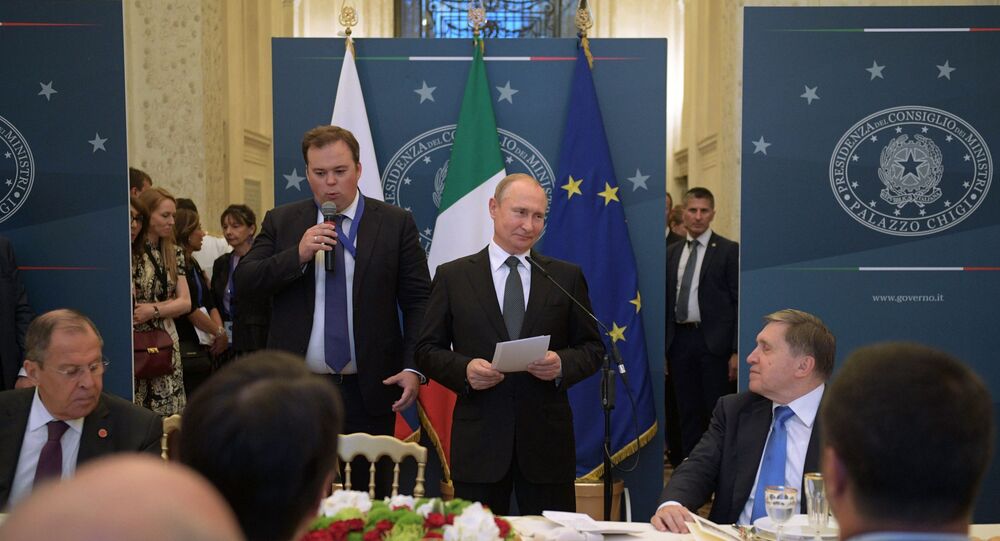 Speaking live at the Rete4 TV channel after the event, Salvini called Putin "one of the people who will leave their mark on history". The Italian deputy prime minister also noted that Putin was a humble person.

Salvini said he and Putin had discussed the Olympic Games, the economy and "Europe’s crazy sanctions against Russia". Moreover, Salvini and Putin discussed peoples, their routes and identity.

The deputy prime minister published two photos of Putin on his social media on Thursday.

In an interview with the Italian Corriere della Sera daily published ahead of the Italian trip, Putin said that Salvini and his Lega party were active supporters of restoring full-fledged Italy-Russia cooperation and of removing EU and US sanctions against Moscow. Putin also noted Salvini’s "warm" attitude toward Russia.

The Russian president recalled meeting the Lega leader in the Italian city of Milan in 2014 to discuss the prospects of Russian-Italian and Russian-European relations. Since that time, Salvini and his party have been discussing ties with their Russian colleagues who are interested in the cooperation between the nations.

On Thursday, Putin visited Italy, where he met with counterpart Sergio Mattarella and Prime Minister Giuseppe Conte. The Russian president also met with Pope Francis in the Vatican.