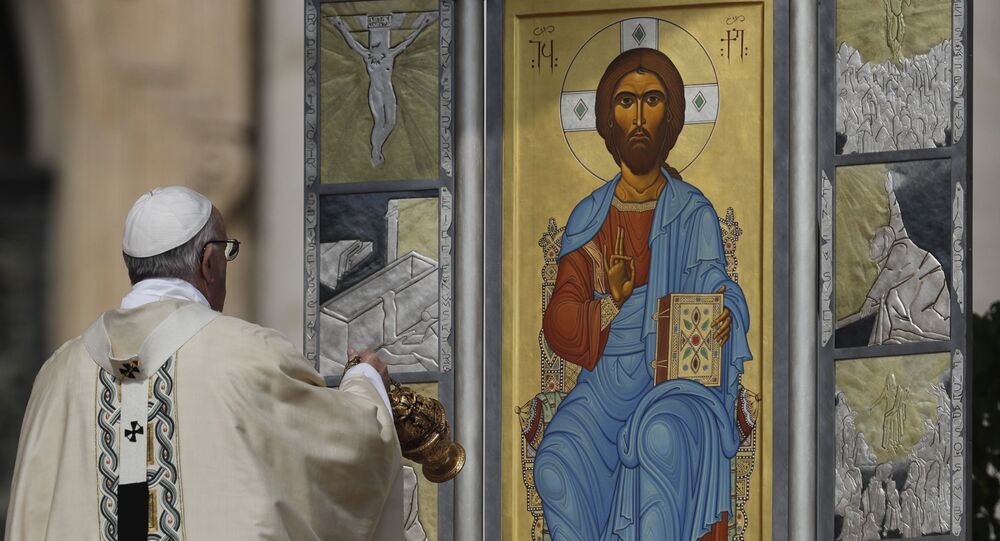 15-year-old Emanuela Orlandi went missing in 1983 on her way to a flute lesson in central Rome, in what police believed to be a simple abduction and murder, yet the disappearance sparked speculation of a Vatican cover-up in the Italian media.

In a bombshell announcement, the Vatican has stated it will unseal two tombs in a tiny, 100-year-old cemetery to help solve a cold case, writes the Independent.

The unprecedented decision was taken to help aid the search for a 15-year-old girl who mysteriously vanished 36 years ago and acting on a clue sent anonymously to the girl’s family in a letter last year.

According to reports, the letter simply stated: “Look where the angel is pointing,” along with a photo of a marble statue of an angel above a prince’s tomb in a Teutonic cemetery in the Vatican.

The grief-stricken family of the girl, the daughter of a Holy See clerk, grasping at straws, petitioned the Vatican to open the tombs in the cemetery reserved for Church figures of German or Austrian origin.

On Tuesday Vatican spokesman Alessandro Gisotti announced it would comply with the family’s request in a bid to put their decades of uncertainty to rest.

15-year-old Emanuela Orlandi went missing in 1983 on her way to a flute lesson in central Rome, and police believed it to be an abduction and murder case, but wild speculation of a Vatican cover-up was sparked in the Italian media.
The anonymous tip hinting at where the teenager’s remains might have been hidden immediately made headlines, reigniting interest in the case.

On 11 July, the Orlandis, accompanied by lawyers and members of the Holy See, will gather to witness the opening of the tombs.
In a new twist, initial investigations show they have been opened at least once since they was last sealed.