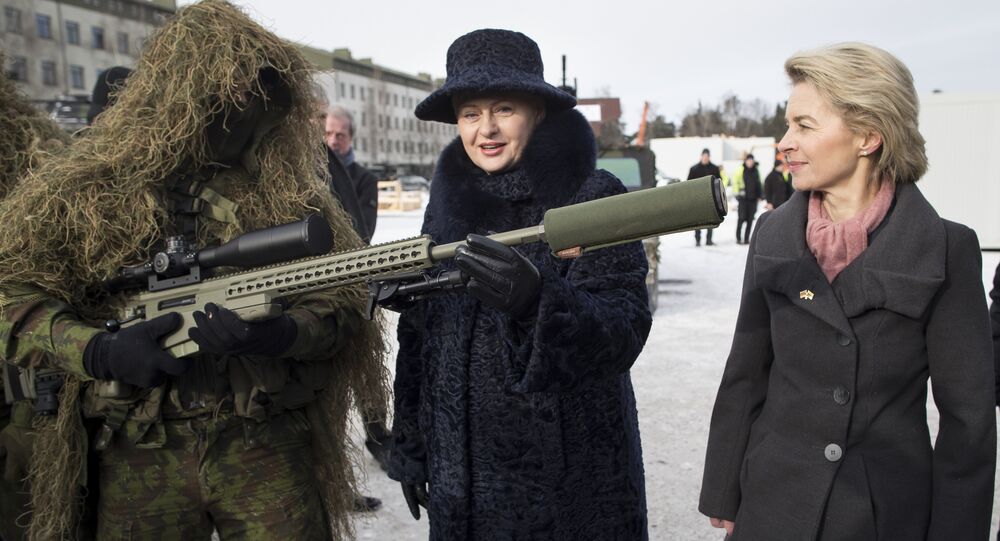 The left-wing terrorist group, often referred to as the ‘Baader-Meinhof Gang’ after its two leading figures Andreas Baader and Ulrike Meinhof, engaged in a campaign of bombings, assassinations and kidnappings which peaked in 1977.

Ursula von der Leyen, who is just one confirmatory vote away from becoming the first female President of the European Commission, fled to the UK in the late 1970s after her family was warned the Red Army Faction (RAF) left-wing terrorist group was planning to kidnap her, according to Telegraph.

Following the RAF’s kidnapping and assassination of Hanns-Martin Schleyer, President of the Confederation of German Employers' Associations and the Federation of German Industries in 1977, Ursula’s father Ernst Albrecht - then Prime Minister of Lower Saxony, and one of the group’s avowed enemies - sent her to London aged 19, where she studied at LSE under false name Rose Ladson and with protection from Scotland Yard.

She chose the surname Ladson because it was the name of her great-grandmother from South Carolina, US, while Rose was picked because she’d been given the nickname Roschen as a child. Prior to her escape, von der Leyen was studying in Gottingen, a university town in central Germany where the group had strong support among radical students.

However, in a 2016 interview with Die Zeit, von der Leyen revealed she didn’t spend much time actually studying while in London.

“I immersed myself for one year in this seething, international, colourful city. For me, coming from the rather monotonous, white Germany, that was fascinating. London was the epitome of modernity: freedom, the joy of life, trying everything. This gave me an inner freedom I have kept until today. And another thing I have kept: the realisation different cultures can very well live together very well,” she said.

In an ironic twist, the woman soon to be the most powerful person in Europe came to the UK at precisely the same time Astrid Proll, one of the RAF’s most prominent members, was arrested in London.

© REUTERS / Fabrizio Bensch/File Photo
Recently Declassified Docs REVEAL NATO Wanted to 'Contain' West Germany, Prevent Pact With USSR
Proll had been involved in a string of high-profile acts by the group, including firebombings in Frankfurt in 1968 and a bank robbery - she was also the getaway driver for Baader when he escaped from police custody with the help of Gudrun Ensslin, Ulrike Meinhof, Ingrid Schubert and Irene Goergens in 1970.

She was arrested by police in 1971 and imprisoned, but released on health grounds and transferred to a sanatorium - she soon escaped and went underground, and arrived in the UK not long after. She married a British national and gained new identity documents, working a variety of jobs before being arrested September 1978 by Special Branch. She was detained and fought extradition, before deciding to return to West Germany in 1979 to fight her case - while eventually convicted of bank robbery and falsifying documents, as she’d spent so long in both West German and UK prisons her sentence was reduced to ‘time served’. She subsequently returned to the UK, and worked for some time as picture editor at The Independent newspaper.