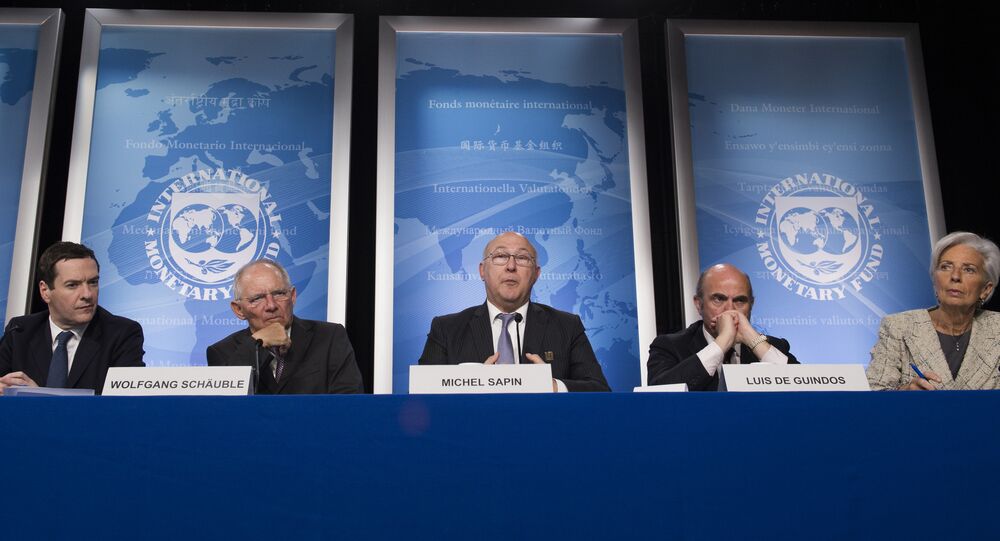 The former UK Cabinet member has held nine positions in his career and is currently the editor at the London Evening Standard, but is now eyeing to replace former IMF chairwoman Christine Lagarde.

Former UK chancellor of the Exchequers George Osborne is mulling switching jobs for a vacancy at the International Monetary Fund (IMF), the Financial Times reported.

The former UK politician also works as an advisor to Blackrock, the largest investment firm worldwide, as well as an advisor to Juventus owner Exor, Northern Powerhouse Partnership chair, among others. He is also a member of the US thinktank, McCain Institute, and an honorary professor at the University of Manchester.

But the contender has been criticised as the "architect of austerity" in the UK and the IMF is seen as an advocate for public spending cuts and privatisation of public services in exchange for loans.

Is Mr Osborne the Man for the Job?

If successful, the former UK chancellor would be the first British head of the US-based institution, which has been traditionally held by Europeans.

But he faces strong competition from Bank of England governor Mark Carney, European Central Bank president Mario Draghi, among others.

Under Prime Minister David Cameron, Mr Osborne led the UK as the Eurozone crisis unfolded in 2011. Britain’s economic recovery was blocked as a result, forcing the Cameron administration to abandon its key political platform of closing the budget deficit.

Shadow chancellor John McDonnell told the Guardian that those considering appointing candidates to the IMF should note that George Osborne “was the architect of the slowest recovery from a recession since Napoleonic times”.

“That’s hardly the record or qualification for someone to steer the ship of the global economy,” McDonnell said.

Others have criticised Osborne’s IMF bid, stating that his odds of winning had “dramatically tumbled overnight” to reminding him of his legacy of “helping the rich while hammering the poor”.

Board members announced on Tuesday that David Lipton, First Deputy Managing Director, was appointed as interim leader for the IMF until a successor is named. Mr Osborne attended the World Economic Forum in Davos in January alongside Christine Lagarde, UN general secretary Antonio Guterres and other key members, warned of a no-deal Brexit if Commons failed to secure an alternative, adding that MPs should avoid playing 'Russian roulette' with the UK economy.