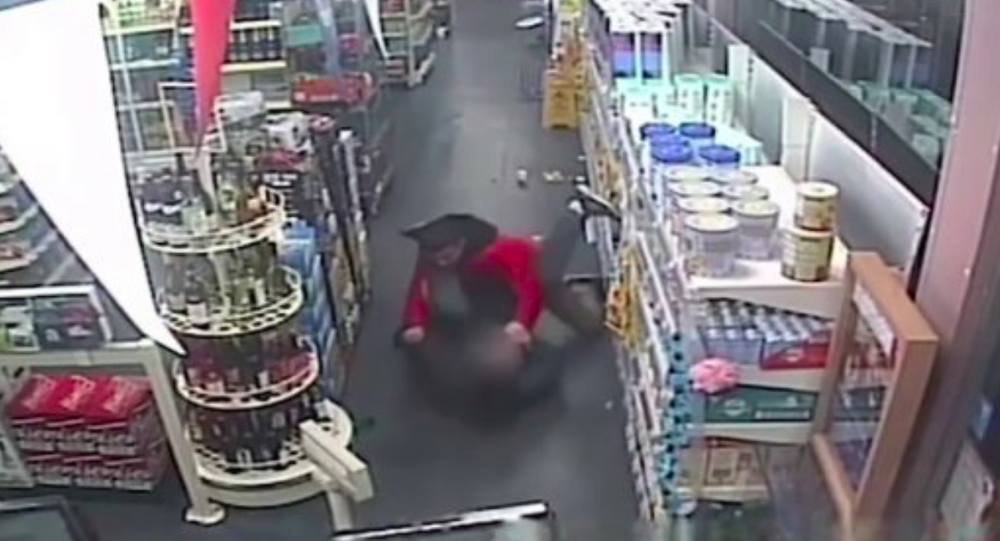 The prosecution alleges that the suspect, Samiulahaq Akbari, attempted to attack three men "by virtue of their English nationality". Akbari’s cousin had reportedly warned emergency services that the suspect had spoken about his intention to kill Englishmen.

An asylum seeker from Afghanistan has been accused of attacking random people in London with a knife after asking whether they were English, the Daily Mail reports.

According to the newspaper, Samiulahaq Akbari, 32, was accused of swinging a 10-inch kitchen knife at three “total strangers” within 10 minutes after “demanding to know their nationality”.

The first incident is said to have happened in a branch of Tesco, a British supermarket chain, in south London on 8 January.

Jurors at London’s Central Criminal Court (Old Bailey) were played CCTV footage showing that Akbari tapped Nicolas Speight, the first alleged victim, on the shoulder and asked what his nationality was.

After the man replied that he was English, the suspect reportedly threw himself at him with a knife.

As per the report, the prosecutor claimed that Akbari “settled on him because Mr. Speight was English”.

The first shopper managed to escape from the attack “by luck”, the court was told. Shortly thereafter, Akbari pulled a knife “fuelled with the same intention” on a man in a takeaway restaurant and on another man in a pub.

In these two altercations, he was allegedly fought back and forced to flee.

“This defendant had set out deliberately to threaten, harm and kill members of the public by virtue of their nationality, or what Mr. Akbari perceived to be their nationality – they were English,” the prosecutor stated.

It is claimed that Akbari denies charges of wounding with intent and the attempted murder of the Tesco shopper but admits to two charges of affray over confronting two other men.

The prosecutor reportedly cited transcripts of emergency calls made by Akbari’s cousin, in which he told the 999 operator that the alleged attacker “said he wants to kill the English people. I can see his eyes, he's serious.”

In another call, the cousin was quoted as saying: “He will do it. He's trying to run and he will kill someone. Please come quickly.”

The trial is still underway.

Meanwhile, knife violence has been soaring in England and Wales, with London becoming a knife-crime hotspot. In 2018, the number of such offences in the two regions jumped by 6 per cent year-on-year to an all-time high of 40,829. Official statistics showed that nearly four in ten recorded murders involved a knife or sharp instrument.

Yvette Cooper MP, who chairs the House of Commons home affairs select committee, said: “Knife crime is now at record levels and this is a very disturbing increase in violent crime; at the same time as the number of arrests is continuing to fall."

“The police are completely overstretched and crime prevention work is far too limited. The Home Office and government response on knife crime and other rising crimes is still far too weak and just doesn’t match the scale of the problem.”