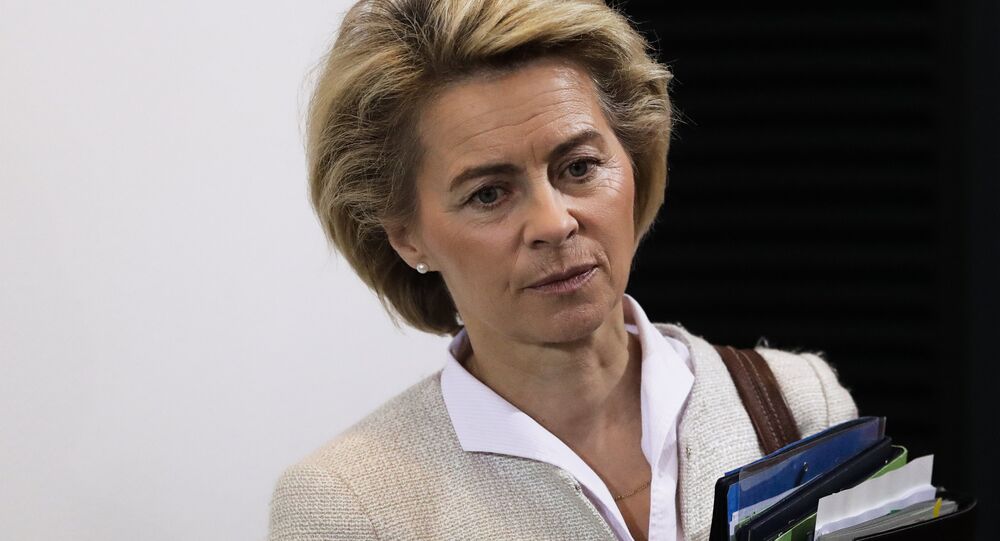 President of the European Council Donald Tusk has promoted Germany's Defence Minister Ursula von der Leyen as a potential successor to Jean-Claude Juncker as head of the European Commission, Die Welt reported citing sources after EU leaders found themselves in a deadlock while deciding who will lead the bloc's institutions.

The European Council has agreed on the future leadership of the EU institutions.

​IMF head Christine Lagarde has been nominated the new president of the European Central Bank (ECB).

​​Earlier in the day, Die Welt reported that a close ally of Chancellor Angela Merkel, Ursula von der Leyen may become the European Commission President following an agreement between France and Germany.

A diplomatic source familiar with the matter stated that French President Emmanuel Macron had suggested Lagarde as head of the ECB to German Chancellor Angela Merkel. Die Welt reported, citing the source that Merkel was "very positive" about the idea.

The summit in Brussels that started on 30 June hasn't resulted in an agreement, with Czech Prime Minister Andrej Babis slamming the suggested candidate for the new chief of the European Commission, Frans Timmermans, as "absolutely unacceptable" while Spanish Prime Minister Pedro Sanchez supported Timmermans candidacy.

German Chancellor Angela Merkel, meanwhile, has emphasised that the leaders would approach day three of the summit with "new creativity", but cautioned that "everyone needs to understand that they need to move a little - and I mean everybody".

It for this reason that the summit was driven into crisis as heads of governments vacillated between side meetings on the evening of 30 June and 1 July.