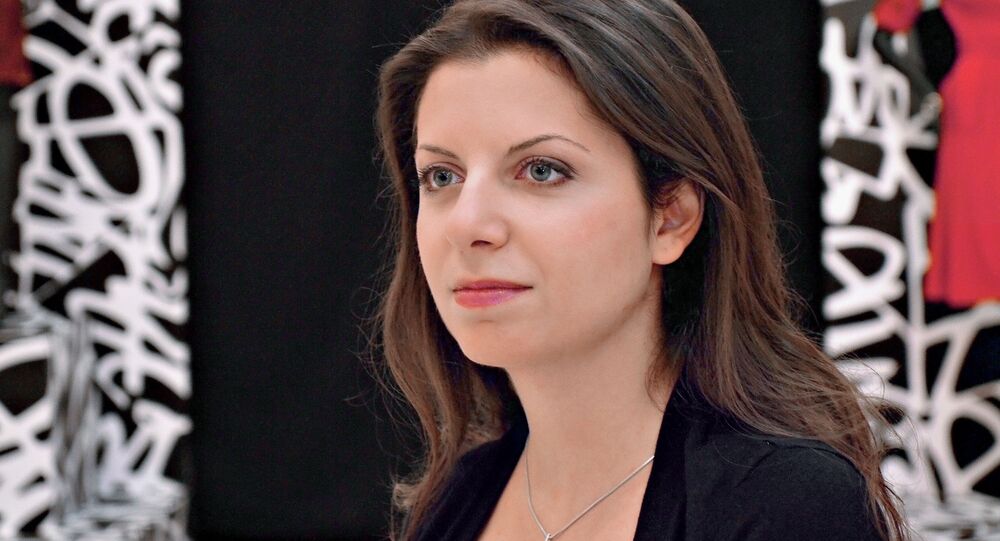 MOSCOW (Sputnik) - RT and Sputnik editor-in-chief Margarita Simonyan has called on Ukrainian President Volodymyr Zelenskyy in Ukrainian to assist the release of the head of RIA Novosti Ukraine portal, Kirill Vyshinsky, who has been held in Ukrainian custody for over a year.

"Kirill Vyshinsky can be released tomorrow. The journalist who has spent 413 days in custody for being a journalist. Mister Zelenskyy, I address you. Do it", Simonyan wrote in her Telegram channel in Ukrainian.

The next court hearing in Vyshinsky's case will be held on 3 July. Vyshinsky's defence expects the court to mitigate the precautionary measure, including by placing the journalist under house arrest.

Vyshinsky was detained in Kiev in May 2018 on suspicion of supporting the self-proclaimed Donetsk and Luhansk people's republics in the eastern Ukrainian region of Donbass and treason and has been held in custody ever since. Along with repeatedly prolonging the journalist's arrest, the court has also refused to move him from a detention facility to house arrest.

Representative on Freedom of the Media of the Organisation for Security and Co-operation in Europe (OSCE) Harlem Desir has also expressed his concern over Ukraine's actions toward Vyshinsky and called for the journalist's release, stressing that all OSCE members have pledged to create necessary conditions to allow journalists to work freely.